Companies Spending the Most on R&D 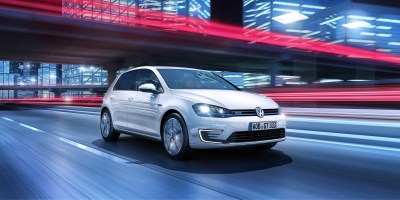 Source: Volkswagen AG
For the third consecutive year, the company spending the most on research and development (R&D) was Germany’s Volkswagen. The automaker’s 2014 R&D spending will total $13.5 billion, just ahead of second-ranked Samsung Electronics, which is spending $13.4 billion. Of the top 20 R&D spenders in 2014, six are car companies, seven are health care companies or drug makers, four are computing and electronics companies, and three are software or Internet firms.

The data were reported by Strategy& (formerly Booz & Co.), and 2014 data are based on the most recent full-year figures reported prior to July 1. This is the 10th year that the company has compiled this list. Here is the full list for 2014:

Based on 2013 sales totals, Toyota is the world’s number one car company, followed by GM and Volkswagen. But Volkswagen’s spending may be paying off. Through the first six months of this year, VW has sold 4.97 million vehicles to trail only Toyota, which had sold 5.09 million vehicles. GM ranked third in worldwide sales with 4.92 million vehicles sold.

VW has concentrated on the Chinese market, as has GM. Volkswagen plans to spend more than $24 billion in China through 2018 on new plants and products. VW sold more than 1.80 million units in China in the first half of this year, compared with sales of 1.73 million for GM. Toyota sold just over 465,000 units in the same period.

Finally, notice that Apple Inc. (NASDAQ: AAPL) does not appear among the top 20. Apple’s 2014 R&D spending, according to Strategy&, totals $4.5 billion even though Apple was named in the study as the most innovative company in the world.

This Company Has the Best Reputation in the World

Gun Sales Double in These 2 States. Every State Ranked.

Beyond Meat's Newest Expansion Into China