Why Under Armour Analysts Are Ditching Targets and Staying Negative 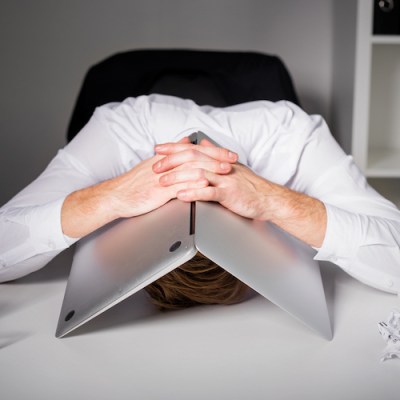 Source: Thinkstock
Under Armour Inc. (NYSE: UAA) reported its most recent results before the markets opened on Tuesday and shares collapsed to a multiyear low. What stood out in this report was that it was the first quarter in which Under Armour did not post revenue growth — what the company is known for. Not to mention, guidance does not paint a good picture for the rest of the year. Analysts were quick to jump on the stock.

24/7 Wall St. has included some brief highlights from the earnings report, as well as what analysts are saying after the fact.

In terms of the 2017 full year guidance, Under Armour expects EPS to be in the range of $0.18 to $0.20, which is about half what the firm told investors back in August. Net revenues are expected to grow at a low single-digit percentage rate, reflecting lower North American demand and operational challenges. The consensus estimates call for $0.37 in EPS and $5.22 billion in revenue for the 2017 full year.

We reiterate our Underperform rating. Facing incremental headwinds including the challenging environment in North America, we believe UA revenue will remain under pressure through 2017 and into 2018. We believe our extended outlook for weak North America revenue implies downside to Under Armour’s P/E multiple. Our PO remains $12 PO based on 30X our F2018E EPS of $0.40, at the lower end of UAA’s P/E range of 25-75X over the last five years.

D.A. Davidson downgraded Under Armour to a Neutral rating with a price target of $15, citing disappointing results that included the company’s first-ever revenue decline. The firm said in its report:

Despite incremental progress on the product front (Curry 4, Unstoppable collection) and expanded distribution, the combination of distressed US wholesale performance and execution issues result in a much more muted path to recovery than we previously anticipated.

Earlier this week, Susquehanna Financial warned that the coming Steph Curry sneaker set to launch on October 27 was delayed until November 18 due to some stores only accepting preorders for adult shoes.

Here’s what a few other analysts had to say after the dismal report:

Americans Bought a Record 210,308 Guns on This Date