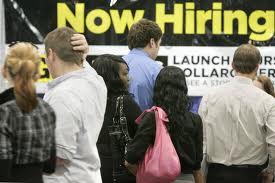 Unemployment, according to a number of government officials and economists, has become intractable and the August jobless rate hit 9.6% as non-farm payrolls dropped 54,000. That cannot be said about any other US post-war recession.  Joblessness would reach about 9% or 10% at the peak of each of those recessions and as the economy improved, the percentage would fall to under 7% fairly quickly.  In the 1980 to 1983 recession, unemployment was 10.1% in June 1983.  It dropped to 7.2% a year later. By contrast, The Congressional Budget Office recently reported that unemployment increased by the 2008/2009 recession, will probably remain above 9% for the next year-and-a-half. That forecast will almost certainly be too optimistic if the economy slows or slips into another recession.

The Achilles Heel of the federal government’s $787 billion stimulus package is that it has done little to directly put people back to work. The programs that are part of the overall stimulus plan include tax breaks for individuals. Although it was not intended to work this way, a great deal of this money has been used for unemployment benefits for a job force out of work longer than expected. Most of the tens of billions of dollars that are earmarked for infrastructure improvements that are not tied to any specific job goals. If there are no direct incentives to add jobs during the rebuilding process this investment represents, there is little chance that infrastructure spending will aid the government’s efforts to bring down the jobless level.

Unemployment as it exists in the third quarter of  2010 has only a few causes. The problem is that each of these is daunting even if  it were solely responsible for this crisis. The first and most pronounced problem is that fear caused by the recession has driven businesses to fire more people. This has been followed by a refusal to hire more people even when there are signs that the economy might be improving.  Companies that cut workers will not add any of them back. Businesses can keep their margins high by forcing the people employed at each company to work harder or by hiring part-time workers. This process has not only increased productivity but it  also protects enterprises from the fear that another downturn  will force them to cut jobs for a second time. The current and  prolonged period of not employing new workers is not irrational, since most companies are less than two years removed from the disastrous effects of the credit and housing crisis and the shock that it caused through the commercial and consumer sectors.

The government’s reluctance, or rather the concerns of Congress and the Administration, to act forcefully to mitigate the economy’s most difficult issue stems from concern that it will cost the government substantial money  and almost certainly increase both the national debt and federal deficit. While that is true, it is also true that the notion of a “jobless recovery” was never sound and that high unemployment has become the anchor that will prevent any possible recovery in GDP. Consumer spending certainly will be will be paralyzed as long as 10% of Americans are unemployed and another large portion of the population is consumed with trepidation over their job security. Business investment will be slow because it so often depends on the consumer as customer.

24/7 Wall St. looked at ten possible solutions that could decrease unemployment to the 5%  level that most economists think is healthy and normal for an expanding economy. None of these plans are new, but some of them have not been used in America for decades and others have only been used by other nations. There are few complex aspects to any of these solutions, although most of them would require an organization as large as the federal government to administer them. And, some of these proposals would be unpopular with voters, at least those who are employed.

The Ten Things the Government Could do: