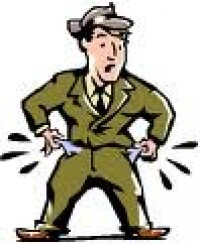 Washington DC is a good place to work during a recession. Information from the Commerce Department shows personal incomes declined in 233 cities and rose in 134 in 2009. In nine cities, the figure was unchanged from 2008. Total personal income across the cities fell an average of 1.8% last year compared to a gain of 2.7% in 2008.

The most interesting number in the report may be that among the cities with populations of  more than one million people only Washington DC had an improvement in personal income. Federal government employment accounted for much of the increase.

Many pockets of improvement happened is states that have added workers like Texas.  Personal income continued to drop in cities in states which already have high unemployment such as North Carolina, Nevada, and Arizona.The data shows how poorly the government’s effort to improve joblessness has worked particularly in regions which have suffered from high unemployment for over two years. The Administration’s $787 billion stimulus package may be helping the economy in some regions, but the places bleeding jobs are not among them

The Washington, DC figure supports the argument that a job with the federal government is a good job. There seem to be few layoffs in the nation’s capital while the region continues to increase its rate of  improvement in personal income.

The average citizen is likely to look at these Commerce Department numbers and wonder where his tax payments are going. It would appear that some of that money has gone to increase the pay of the  government’s workforce during what is supposed to be a period of federal austerity. The opposite is true. Perhaps it requires more, better-paid people to run all the government’s stimulus packages.