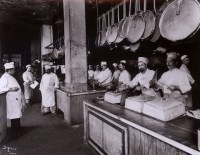 The non-manufacturing portion of the US economy, which includes retail sales, mining, and agriculture, continued on its 24-month growth path in November, although more slowly than in October. The index reading for November was 52%, where anything above 50 indicates expansion. The October reading was 52.9%, the lowest reading since January 2010.

The report, from the Institute for Supply Management (ISM) also noted that the business activity index grew from 53.8% to 56.2% month-over-month. The new orders index rose for the 28th consecutive month, from 52.4% in October to 53% in November.

ISM provide this comment from a retail sales respondent: “Business is slowly improving. Outlook for the next few months is good.” The outlook in other sectors was not as optimistic. In accommodations and food service, for example, a respondent noted, “We currently see no signs of a turnaround. Customers are nervous about the future of their jobs and incomes. Due to this fact, our sales are down and our need to hire more employees is, too.”

The employment index contracted in November, from a reading of 53.3% in October to 48.9% in November. Of 12 industries included in the survey, only 5 reported employment growth: Mining; Retail Trade; Construction; Wholesale Trade; and Professional, Scientific & Technical Services.

The inventory index also rose, from 45.5% in October to 52.5% in November. In some cases that was good news, as raw materials inventories were growing in response to more orders. In general, inventories appear to lining up with orders and run rates.

The Census Bureau also reported that inventories rose 0.9% and that the inventory-to-shipments ratio was 1.33:1. This is the highest inventory level since the report was first published in 1992.

Unfilled orders for machinery rose by 1.3% to the highest level ever recorded by the Census Bureau. Construction machinery and turbines, generators, and other power transmission equipment led the increase.

The two reports paint a picture of a US economy that is improving so slowly as to be almost imperceptible to US consumers. But similar surveys of growth in the Eurozone indicate that the European economy is continuing to contract. At least that’s not happening yet in the US.