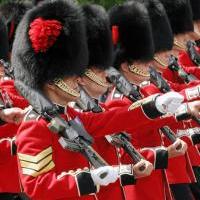 The Markit/CIPS purchasing managers’ index (PMI) released today indicated that the service sector in the United Kingdom grew at its slowest pace in 19 months in July. This casts fresh doubt over whether the U.K. economy can rebound from a slump in output in the first half of the year.

The index fell to 51.0 from 51.3 in June. That is its lowest level since December 2010 and only marginally above the 50-mark that separates growth from contraction.

“Although anecdotal evidence suggests that a number of temporary factors remain in play — poor weather in the first half of the month and pre-Olympics disruption were reported in some quarters — companies continued to indicate that underlying demand remains fragile,” said Markit economist Paul Smith.