The Real Cost, and Value, of Halloween Is More Than $10 Billion 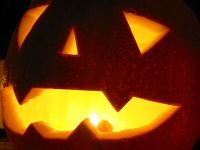 Halloween is not just for fun. It adds billions of dollars to the economy. And if early projections come true, then Halloween 2012 will be the biggest ever. That is good news for just about everyone tied to retail. 24/7 Wall St. has analyzed various economic and industry forecasts around Halloween and the raw dollar figure is massive. The $8 billion widely used by the media is a gross understatement. By our calculation, the revenue Halloween adds to gross domestic product is more than $10 billion.

The National Retail Federation (NRF) projected in early October that a record 71.5% of Americans will take part in Halloween this year. As far as the economy goes, spending also will be $7.50 per person higher than $79.82 in 2011. The federation calculated their figure — a prediction that total Halloween price sales would come to $8.0 billion — using BIGInsight data projections. The reality is that Halloween spending will be far higher.

One reason the widely used projection of $8 billion is grossly undercalculated is that the NRF’s projections pertain to decorations, costumes and candy. When we interviewed the NRF, their spokesperson indicated that the group does not dig as deep to count additional items. Additional revenue that should be included come from media sales (DVDs, movies, books, comics), increased alcohol consumption, gasoline purchases, cab fares, haunted houses and other items. 24/7 did not attempt to add in additional food sales beyond candy.

Of those buying or making costumes, the average person is projected to spend $28.65 on costumes this year, versus $26.52 in 2011. Some 15.1% of Halloween participants even planned to use some sort of costume for their pets. Sadly, about one-fourth of U.S. consumers said that the state of the economy will impact their Halloween plans.

Here are some other figures that 24/7 Wall St. found to determine that the $8 billion spending projection for Halloween is low and actually should be more than $10 billion.

According to the Haunted House Association (HHA), the haunted house industry generates between $400 million and $500 million in ticket sales, which includes major theme parks that operate a haunted event. HHA also said that tens of millions of additional dollars are spent on building supplies, advertisements, insurance and other items. The association said that the haunted attraction owners spend more than $50 million annually for “supplies like fog machines, scary animatronic monsters, lighting equipment, masks and costumes.”

The Agricultural Marketing Resource Center placed a $113 million value on pumpkins harvested last year from the top six states growing them. In 2011 pumpkin prices were up 60% due to Midwest flooding. This year the drought has created regional shortages that pushed prices up as well.

Beer and other beverage spending should be higher over Halloween, compared to normal days and normal weekends. Nightclubs, bars and other adult venues started their Halloween costume parties this past weekend, and many will have events in the middle of the week as Halloween falls on Wednesday this year. Calculating higher beer and alcohol consumption costs is not simple, but it is not an overestimate to say that consumption of adult beverages is higher than normal at Halloween events. Alcohol Monitoring Systems has fresh data saying, “Newly released data on individuals monitored every 30 minutes for alcohol consumption shows drinking increases 20.4% on a weekday Halloween, and nearly 25% the weekend prior, compared to drinking the rest of the year.” We only assigned a 20% premium to be conservative. There is an economic benefit as well that has to be added to this tally.

The “consumer units,” or households, measured by the Bureau of Labor Statistics in 2010 came to 121.1 million units, and the average per unit expense was $412 for 2010. This comes to $49.9 billion in 2010 for alcohol expenditures, but we must say that many other nongovernment sources cite much higher annual expenses than that. If we assign a minimum 20% premium as the Alcohol Monitoring Systems suggests to the BLS data and just use one day out of a 365-day year, then a the one-day value is $164 million.

Then there is the “economic cost” in the liquor calculation, or the dark side of the equation. The National Institutes of Health (NIH) published back in 2006 a report showing that the economic impact of excessive alcohol consumption in the United States is approximately $746 per person ($223.5 billion total in 2006), most of which is attributable to binge drinking. This figure seems massive, as the cost per person is more than the actual amount spent on alcohol itself, but that was the published “economic cost” attributed from loss of productivity, health care, criminal justice and other items. Much was also tied to binge drinking. If Halloween is just one day’s worth of a 365-day year, and if we average 20% higher consumption that day, then we would assign an “economic cost” of about $735 million for that one day alone.

As for the media, FEARnet, the top cable network for horror and suspense content, is also calling for a record 2012. They showed hundreds of millions of dollars for top horror film franchises. We took a look at the top movie websites, and it is not at all a coincidence that Paranormal Activity 4 and Silent Hill were released less than two weeks before Halloween. What does this add in spending? It has to be millions more. Then think about all the Halloween-genre television shows and advertisements nationwide just around the theme of Halloween. What about books, comics and cards? If you go to any book store (they do still exist) you will see large presentations of horror, zombie, vampire and other genres on the featured tables around Halloween. This also has to be millions of dollars more. Add up all the books, movies and other media, and we will be extremely conservative at $100 million for this value around Halloween.

And what about increased gasoline spending? The NRF does not make projections for this. Many families have to drive to Party City and other pop-up Halloween shops for their costumes and decorations. Many adults drive their kids to other neighborhoods to trick-or-treat, and most of the millions of haunted house attendees have to drive to get there. Ditto for Halloween parties taking place on Halloween and the weekend before. So 24/7 Wall St. will take a ghastly stab and say that this comes to three round trips for 30 million cars for Halloween events, shopping, parties, trick-or-treating and other related events. The Bureau of Transportation Statistics lists more than 230 million light-duty vehicles registered in America. Let’s assume a half-gallon of gas per round trip, and we will use the national average of$3.60 per gallon today. That would get you to $162 million in gasoline just around Halloween-related driving, without adding in any wear and tear, accident costs rise in insurance premiums due to tickets, accidents and other items.

Can we dare tabulate cab fare and limo costs? Let’s try throwing out a figure for all the adult parties, bar hopping and other adult-oriented Halloween events. Over the days leading up to and including Halloween night, is one million net cab fares a fair projection, with an average fare of $10? That is $10 million more, and nationwide that feels extremely conservative. Then there are limo charges, parking garage charges and valet parking costs. Let’s say $10 million to be very conservative.

We would like to point out that the total base thus far comes to about $9.8 billion. We did not even tabulate any of the travel costs, added hotel costs or any other big-ticket items. And for big mass-transit cities like New York and Chicago, we did not even bother to assign a penny to bus, train and subway costs. We also did not tally up all the part-time and temporary seasonal wages from those employed to make Halloween events what they are. And then there are the rents paid by the seasonal pop-up stores, haunted houses and temporary festive events. These all combined could easily be valued in the hundreds of millions of dollars for a nation with more than 300 million people.

24/7 Wall St. has been conservative on interpreting numbers because so many of these numbers vary from source to source. The media are broadly using an $8 billion valuation for Halloween because the NRF supplied that figure to them. If we include all of these other items, then Halloween is worth more than $10 billion this year.

Now, there are some other things to consider that overlap with Halloween in some of the figures above. Back in 2011, we tallied up that zombies were worth more than $5 billion to the economy. That zombie tab has only grown due to one more Halloween and due to more movies and events that have come out. Vampires were tallied up at about $10 billion to the economy, but they would also now be worth more because there has been one more Halloween, another Twilight movie and on. As far as costumes, it is pretty funny that Big Bird costumes were reportedly sold out!

The Census Bureau has a Profile America site, which we used for part of this analysis. This report showed 41 million trick-or-treating kids, just between the ages of 5 and 14 last year, with 115 million potential stops for those kids. And remember that 71.5% participation rate. Data also was taken from the BLS, Centers for Disease Control (CDC), NRF, Bureau of Transportation Statistics, NIH, and other sources.