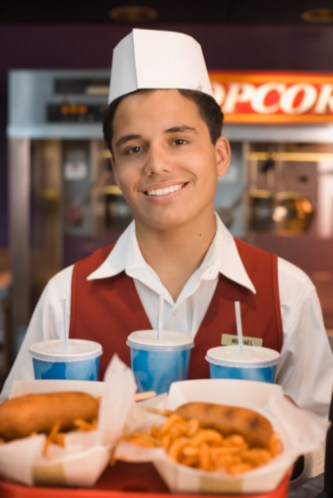 McDonald’s Corp. (NYSE: MCD) CEO Don Thompson, for example, took a 31% pay cut year-over-year in 2013, to bring home just $9.5 million in total compensation. The average full-time worker in a McDonald’s restaurant would earn $9.09 an hour according to a new study by public policy group Demos, which works out to just short of $19,000 a year. The data was gathered from proxy statements the U.S. companies file with the SEC every year.

Of a CEO’s compensation package, some 86% came as stock and option grants. The Demos study notes that Starbucks’ CEO Howard Schultz took 97% of his 2013 compensation in restricted shares and options.

On the workers’ side, the Demos study says:

[F]ast food paychecks are unlikely to reflect even [$19,000] of income, because workers are unlikely to get paid for 40 hours on the clock per week. The average work week in the industry amounts to just 24 hours and schedules can change from week to week erratically, making paychecks unpredictable and vitiating any attempts of involuntary part-time workers to find supplementary jobs. An employee in a fast food restaurant earning the average wage for the average hours brings home less than $12,000 per year.

Benefits like group health insurance or paid vacation time are also scarce. The report cites a study by economists at the University of Illinois and others that found some 87% of front-line fast food workers do not receive health benefits through their jobs. And another recent study claimed that fast food companies were being subsidized by the federal government to the tune of $7 billion a year in public assistance payments for food stamps, Medicaid, and other programs.

One argument for the gargantuan compensation packages for CEOs is that these guys (and they are mostly guys) are in such demand that if this company doesn’t pay them a king’s ransom, there’s a long line of competing companies that will. In a study done last year for The Conference Board the authors note:

A myth about “superstar” CEOs has woven its way into the fabric of American corporate lore. … This myth is simply not consistent with the reality. More often than not, the CEOs of large public companies are long-time insiders rathern than the more recognized external hires. … The data show that companies hire a CEO from outside only when forced to by poor performance or changing industry structures…

New transparency rules included in the Dodd-Frank act will (someday) require companies to disclose the ratio between a CEO’s compensation and the median pay of all the company’s employees. So far, corporate lobbyists have managed to keep the rule from being written by convincing regulators that the calculation must be collated from physically copying workers pay stubs and working out the average using pencil and paper instead of taking a statistical sample.

And where will stockholders come down in the debate over income disparity? Will they buy the argument that a company doesn’t need to create a superstar pay package for the CEO? Will they be willing to share some of their dividends or the benefits of stock buybacks with employees?

Interestingly, in its 2013 annual report, McDonald’s cited employee compensation as a key factor affecting its business. The section included this acknowledgement:

The impact on our margins of labor costs that we cannot offset through price increases, and the long-term trend toward higher wages and social expenses in both mature and developing markets, which may intensify with increasing public focus on matters of income inequality…

Income inequality gets a lot of attention these days. Does the name Thomas Piketty ring a bell? And the fast food industry, where the inequality between top executives and average employees is the greatest, is the most visible target for reform.