Nine College Presidents Made Over $1 Million, One Made Under $15,000 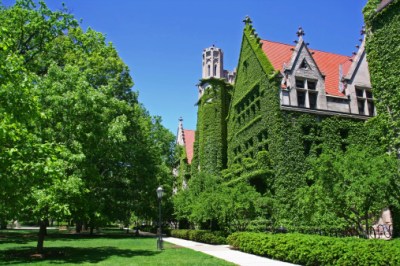 Source: Thinkstock
One million dollars a year in compensation may not seem like very much anymore. Almost every public company CEO makes that much. So do countless bankers, hedge fund managers and venture capitalists. However, in the world of nonprofits, the issue of what people are paid often gets more sticky. Because of that, the fact that nine public college presidents each made more than $1 million last year will not go unnoticed.

Among the nine paid more than $1 million:

Most of the highest paid college presidents have had their jobs for a fairly long time. Of the nine, only two took their jobs after the start of 2010. Three have been in place for more than a decade. And several are likely near the end of their tenures; two have departed already.

Among the most notable aspects of the highest paid public college presidents is that several came from systems in very small states. Iowa belongs on that list, as does North Dakota. At the other end of the million-plus club are people who run huge systems like the University of Michigan.

Not a single president of a public college got a base salary of more than $1 million in 2013. The rate of base pay compensation ranged from 14% (Gordon Lee) to 58% (Mary Lee Coleman). “Deferred pay” was the largest single category of additional compensation.

Some people may actually look at these figures and ask why these college presidents are not paid more, since they are responsible for something as critical as educating hundreds of thousands of people. After all, many university basketball coaches make more than a million a year, and in some cases, several times that.

On the other hand, public education is a calling as much as a career. At the bottom of the Chronicle’s list is F. King Alexander, the President and Chancellor of the Louisiana State University at Baton Rouge, who made $14,684 last year.

These data show the total compensation received in the 2013 fiscal year by 257 chief executives at 227 public universities and systems in the United States. Fiscal years typically run from July 1 to June 30, but can vary by institution.

The Chronicle surveyed institutions to collect these public data. Our analysis included all public doctoral universities in the United States and all state college and university systems or governing boards with at least three campuses and 50,000 total students in the 2011-12 academic year. This is a slightly expanded group of institutions than in prior years. Some institutions did not respond to repeated public-records requests for compensation information and therefore are excluded from these data.

ALSO READ: Most Americans Are Smarter Than the Average American