Should Regulation Cost $2 Trillion in the Manufacturing Sector? 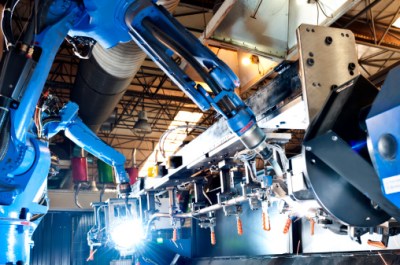 Source: Thinkstock
With the exception of a few people who have no care about consequences, most Americans would agree that some form of regulation and laws governing companies and entities has to be present. That being said, there is never anything short of a fight over an opinion of whether companies are under-regulated or over-regulated — as well as over what a fair cost is for that regulation in a highly competitive global economy. 24/7 Wall St. wants to know if a $2 trillion price tag for regulation sound fair?

This is actually a $2.028 trillion regulatory price tag, and it is a figure used by the National Association of Manufacturers as the cost of lost economic growth. It is represented as being 12% of GDP. The basis year was 2012 and it was put into 2014 dollars. For an outside reference not included in this study, the CIA World Factbook put US GDP for 2013 as being $16.72 trillion on a purchasing power parity basis.

Admittedly, we must note that these are industry projections are from an industry group which would be more favorable to manufacturers than it would to regulatory costs. That being said, this current number of $2 trillion is a massive cost and it was said to not even include new regulation that is already coming down the pipe for EPA ozone standards.

“Manufacturers have long cited more and more complex regulations as a barrier to their growth, and today, we have new data demonstrating the true burdens shouldered by manufacturers throughout the supply chain, particularly the smallest firms, in complying with growing federal mandates. Manufacturers rely on a stable, balanced and commonsense regulatory environment to create jobs and fuel economic growth. With growing regulatory compliance burdens, policymakers should be alarmed that our nation’s smallest manufacturers are being put at a competitive disadvantage within the global economy.”

“These costs don’t even include the more significant regulations heading our way, such as a new ozone standard from the Environmental Protection Agency that would be the most expensive regulation in U.S. history. These and other regulations mean an even larger burden on our country’s small manufacturers. Now is the time to return clear-eyed economic analysis to the policy process and ease the burden on job creators across the country.”

A reading of over $2.2 trillion is so large that it sounds almost too large to be true on the surface. Regardless, even a portion of that massive figure is an amount that would create a debate. It still begs the question about how much regulation is too much regulation in a global economy. 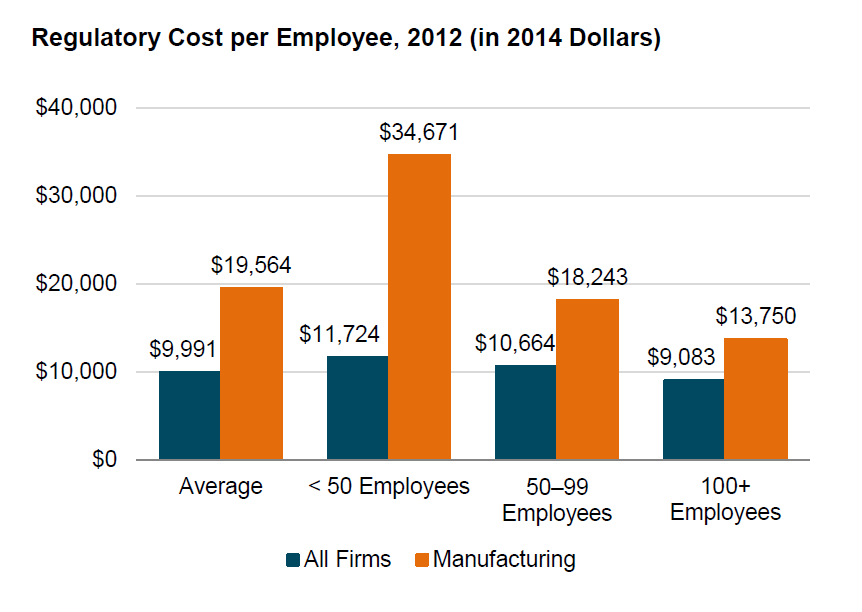