Would Breaking Away From the U.K. Crater Scotland's Economy? 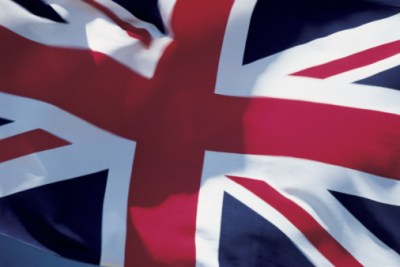 Source: Thinkstock
Scotland is the most important country in the world, at least for a week. The vote over whether Scotland will remain part of the United Kingdom has many ramifications. On an international basis, a successful breakaway stokes nationalism elsewhere. Without getting too far into what-if scenarios, 24/7 Wall St. wants to explore what would happen to Scotland’s economy if it does actually break away from the United Kingdom.

With only about 48 hours until the vote, the outcome is currently too close to call when you factor in the “undecided” voters.

The first concern is that the economy could suffer handily. Nationalists will argue against this. The flip side is that some companies will be relocating to London or elsewhere in England if the vote is successful. This will instantly cost high-paying jobs locally, and taking away jobs permanently can cause long-term ramifications for all aspects of the economy. The Royal Bank of Scotland Group PLC (NYSE: RBS) has already pledged that if Scotland breaks away it will relocate its headquarters to England.

Then there is the question over who gets the offshore oil rights. There is oil and gas that is tied to Scotland, but as of now that means it is tied to the United Kingdom. Will that hold up, or will the Scots get it? Without the civil war aspects, this is a question that has ties to the current situation between Iraq and the Kurds. This may sound extreme today, but the billions of petro-dollars each year becomes too big for countries not to fight over.

READ ALSO: The Best Economies in the World

Does Scotland get to take economic cover under a larger umbrella being part of the United Kingdom? The first two considerations in credit ratings are the underlying ability of each nation to have sustained economic output and for each nation to have the ability to tax its output. Scotland had roughly 5.25 million people in 2012, while the United Kingdom’s population in the CIA World Factbook is currently projected to be 63.7 million.

There is another issue to consider as well — public debt. The United Kingdom’s public debt as of 2013 was projected to be 91.1% of its gross domestic product (GDP), with GDP being almost the equivalent of $2.4 trillion on a purchasing lower parity basis. Would the United Kingdom force Scotland to assume a portion of the debt, or would Scotland get off “Scot-free” from the large national debt?

Then there is the currency issue. The British pound has suffered ahead of the coming vote. Tuesday’s reading was $1.618, but that is not far off the year low from last week of $1.605 and far off the year high of $1.71. The big issue is that currency markets seem to have a bias that Scotland remains part of the United Kingdom, but the vote is still too close to call. There are ramifications for the years ahead. Would Scotland want its own currency? Would it try to remain pegged to the pound? Or, in the years ahead, would Scotland consider trying to get in on the euro? These issues would not be up for grabs in the first hours, but down the road they could be.

And what would ultimately occur in Scotland’s fisheries and its ports and harbors? Would they be status quo? What about land values, particularly in light of some major companies threatening to pick up and relocate (and take high-paying jobs with them) to London or elsewhere in England?

Then there is the military issue. Sure, Scotland would remain in NATO. It also would have to fund its own military, and much of the equipment in Scotland at the present day is likely marked as “Property of the United Kingdom.”

Being an American and writing about the what-ifs of a “breakaway from the Crown” comes with its own historical musings and echoes that are 238 years old. Many economists and market pundits have tried answering all of the points above, as have politicians. The problem is that politics is fluid, and once laws start changing drastically they tend to be malleable in other aspects as well.

Stay tuned. History is in the making.