The Best Economies in the World 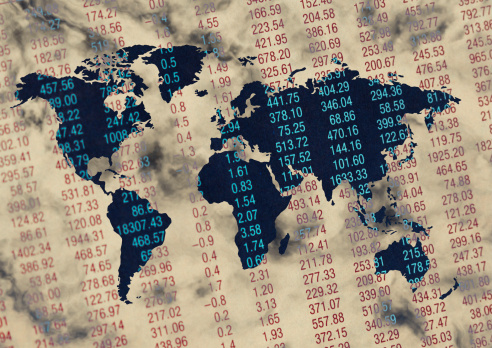 Source: Thinkstock
After sliding for four consecutive years, the United States moved up two places for the second year in a row in the World Economic Forum’s competitiveness rankings, from fifth last year to third in 2014. A combination of factors, including improving business sophistication and institutional frameworks, helped the United States improve, despite perceptions of inefficient government and a weak macroeconomic environment.

The WEF’s Global Competitiveness Report defines competitiveness as the “set of institutions, policies, and factors that determine the level of productivity of a country.” In order to assess competitiveness, the WEF divided the 144 nations it surveyed into one of three classifications, depending on their stage of development.

Click here to see the best economies in the world

Click here to see the worst economies in the world

A country’s competitiveness and economic development is highly correlated with its Gross Domestic Product. All of the 10 most competitive countries had among the 25 highest GDPs per capita last year. Norway, Singapore, and Hong Kong SAR are all among the five highest in terms of GDP per capita.

The least competitive countries, on the other hand, were unable to generate world-leading economic output. Three countries — Mauritania, Burundi, and Sierra Leone — had a GDP per capita of less than $10,000.

In an interview with Margareta Drzeniek, Director and lead economist of the Global Competitiveness and Benchmarking Network for the World Economic Forum, she explained that the WEF measures 12 pillars in order to see “which of the drivers actually drive productivity in a country and what are their strengths and weaknesses.”

As Drzeniek noted, economic development relies on good institutions and education. Institutions “influence investment decisions and the organization of production” while playing a “key role in the ways in which societies distribute the benefits and bear the costs of development strategies.”

In fact, the most competitive economies rank highly in these areas. Every country except for the United States ranks in the top 25 for the provision of basic economic requirements, such as institutions, infrastructure, and education. The most competitive countries maintain a high level of quality for road networks and transportation infrastructure and primary education.

Maintaining strong nationwide institutions and infrastructure often requires a great deal of investment. The most competitive nations all have the means to borrow large sums of money to stay competitive, which can be measured by high levels of government debt. Six of the most competitive countries had debt equivalent to at least 75% of GDP, exceptionally high compared to other countries reviewed. Japan’s general government debt, most notably, was worth more than 240% of its GDP.

With only a few exceptions, the world’s least competitive countries have relatively low debt levels. In these poorer nations, access to financing is often a challenge not just for businesses but also for governments.

Still, the least competitive nations face larger impediments than debt. When discussing fundamental prerequisites for any nation, Drzeniek noted that “any nation requires fairly strong leadership.” In the least competitive countries, leadership issues can “prevent progress for countries’ competitiveness due to countries not making investment or functioning well.” Most have experienced a major regime change in the past two decades.

To identify the most and least competitive economies in the world, 24/7 Wall St. reviewed the WEF’s Global Competitiveness Report for 2014-2015. The WEF has generated a Global Competitiveness Index (GCI) since 2005, which includes weighted average measurements for 114 components making up 12 pillars. Weights for various pillars depend on the country’s stage of development. All GDP figures, as well as figures on government debt as a percentage of GDP, were provided to the WEF by the International Monetary Fund.

These are the best economies in the world.