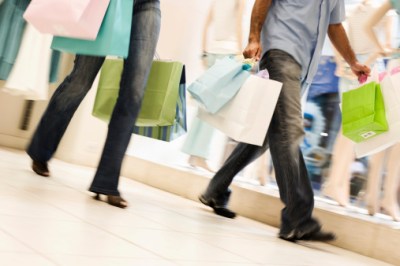 Source: Thinkstock
We have seen swings in consumer sentiment and we have seen swings in economic reports while the rest of the world has been seeing a slowdown. Now the big question for retailers and for the economy is how the key fourth quarter will turn out. This is the make or break time for many companies, and now 24/7 Wall St. has two key forecasts about what to expect from the upcoming holiday season.

Retail Metrics has reported that the holiday 2014 season will see an improvement, but that improvement will be driven by a very promotional climate. Another view is from Synchrony Financial (NYSE: SYF), the recent GE consumer finance restructured spin-out, and it calls for a gain of 3.5% for this holiday season.

With the holidays just over 60 days out, 24/7 Wall St. wanted to see what similarities and differences exist in each of the forecasts. Keep in mind that retailers are coming off a difficult holiday 2013 season, when sales rose by 3.1%, versus the National Retail Federation’s forecast for a 3.9% gain.

Retail Metrics went on record noting that retailers are focused with a laser-like precision as they flow in holiday floor sets, generate Web pages, spruce up e-commerce and omnichannel capabilities and begin to implement their promotional strategies. The fourth quarter for 2014 outlook was shown as follows:

Virtually all early Holiday sales forecasts have fallen in the 3% to 5% sales growth range with the NRF at 4.1%, which would be a full percentage point above last year. An improved employment picture consisting of an average of 226,000 plus jobs added through the first 9 months of this year, an unemployment rate now at 5.9% compared to a 7.3% in October 2013, weekly initial jobless claims at cycle lows under 300,000 and JOLTS near 14-year highs should provide a lift to consumer confidence and spending. Moreover, one additional shopping day this year, improved seamless omnichannel sales capabilities, and better weather forecasts should also aid sales growth.

There is an underlying tone of optimism in most initial industry Holiday sales projections. The National Retail Federation (NRF) and International Council of Shopping Centers (ICSC) are both looking for the first 4% Holiday sales gain since 2011. Holiday sales have increased each year since the Great Recession of 2008 with the average sales gain coming in at 2.9%.

ALSO READ: Retailers Hiring the Most Employees for the Holidays

As far as Synchrony Financial’s outlook for the fourth quarter holiday season seeing 3.5% growth in 2014, the estimate was said to be in line with the 10-year historical average of 3.3%. The sales for November and December of 2013 were $505.5 billion, and the $17 billion in additional sales this year includes all online and offline purchases made in core retail categories.

Synchrony’s outlook is based on factors like unemployment, gas prices, private residential construction, personal consumption expenditures, consumer credit and more. The company noted that consumer retail sales through August were up by $64.5 billion when adjusting for seasonality. Synchrony’s outlook included the following data:

Retail sales have kept pace with the gradual strengthening of the broader economy. From January to August 2014, retail sales categories of Non-store/E-retailers and Health & Personal Care led percentage gains and are up 6.7 percent and 6.3 percent, respectively, year-over-year. Last holiday season, both of these categories had strong year-over-year performance, as did specialty retailers. Although it is yet to be seen which categories will lead holiday advances in 2014, results of Synchrony Financial’s recently issued third annual Major Purchase Consumer Study indicate that while consumer confidence is rising, value overwhelmingly drives a major purchase decision, with more than 88 percent of accountholders surveyed, indicating they “always seek the best deal.”

Similar to last year, there is a shortened shopping period of 26 days between Black Friday and Christmas 2014, compared to 31 days in 2012. This impact to the full two-month holiday sales period is mitigated by consumers’ shift to online and mobile shopping. The accessibility afforded by these channels has reduced delayed purchases of hard-to-find products and late season, in-store deal shopping. For the full fourth quarter of 2013, e-commerce sales accounted for six percent of total retail sales, and were up +15.7 percent from the previous year.

Synchrony Financial is the largest provider of private label credit cards in America, based on purchase volume and receivables.

A Retail Metrics table shows the different forecasts from independent groups. The biggest difference was due to how one calculation was viewed, so it may not be the outlier that it seems. The following table shows various forecasts from retail tracking groups: