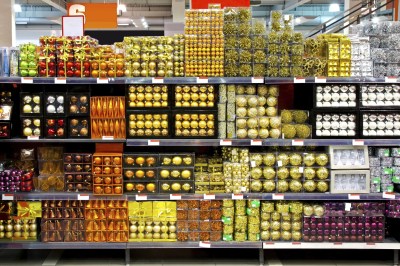 The strength of retail sales in the fourth quarter of each year is a benchmark for how well the U.S. consumer economy is doing. Over the past ten years, the number of jobs added by retailers has been a partial proxy for the retail economy. And the consumer economy remains over half of gross domestic product (GDP).

According to Challenger Grey, retail jobs additions at the depth of the recession where 325,000 in 2008. In 2013 and 2014, the improvements were the best in the 10 years measured, rising to 787,000 and 755,000 respectively. The great majority of these increases came from huge retailers, particularly Target Corp. (NYSE: TGT), Macy’s Inc. (NYSE: M) and Wal-Mart Stores Inc. (NYSE: WMT). So far this year, each of the three has turned in sup-par results. Retail job additions generally are announced in early November, which will signal whether these retailers believe their struggles will continue.

A total of 750,000 jobs additions for the retail season would signal high expectations by retailers, which in turn would point to good fourth-quarter GDP. A number below 650,000 would indicate trouble.

ALSO READ: 8 Buybacks and Dividends Just Too Big to Ignore

According to Challenger Grey experts:

Low gas prices, steady job gains and bigger paychecks are expected to benefit holiday retail sales this year, but that may not necessarily result in increased seasonal hiring in the sector, according to (its} forecast.

In its annual retail holiday hiring outlook, global outplacement consultancy Challenger, Gray & Christmas, Inc. expects seasonal employment gains to be about the same as a year ago, when retailers added 755,000 to their payrolls from October through December.

Given these three advantages the consumer economy has, a slowdown in retail would be surprising. Large retailers have the capacity to forecast sales a quarter ahead with precision. This drives both inventory orders and job additions.

A weak economy may be only one reason to be concerned about the brick-and-mortar sector. Another is the growing effects of e-commerce:

In addition to steady hiring leading up to the holiday season, changes in the way consumers shop are making it possible for stores to meet increased holiday demand with fewer extra workers. When retailers do add holiday workers, fewer of those jobs are in traditional spots, such as sales clerk or cashier. We are also seeing more jobs holiday jobs added outside of the retail sector.

Amazon has been the largest catalyst of changes in old retail. This year, that may happen again.