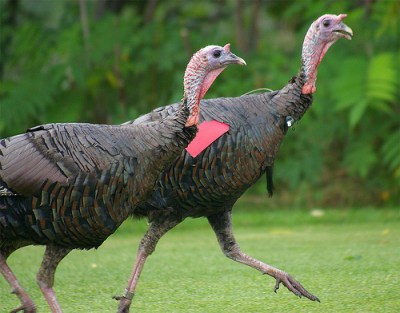 The USDA expects the U.S. turkey stock to number 235 million this year, the lowest since 1986 when production totaled about 207 million. Turkey farmers culled their flocks after the drought in 2012 as they tried to cut losses brought on by the high cost of feed. Like cattle herds, turkey flocks have gotten smaller and prices have risen.

Surprising to most of us, perhaps, is that the retail price we pay for the Thanksgiving bird has little to do with the wholesale price of turkeys. The national average retail price of turkeys for frozen turkeys last week was $0.91 a pound for hens and $0.93 a pound for toms. The price for fresh turkey was $1.44 a pound, according to the USDA. At the retail level, turkeys appear to be a loss leader.