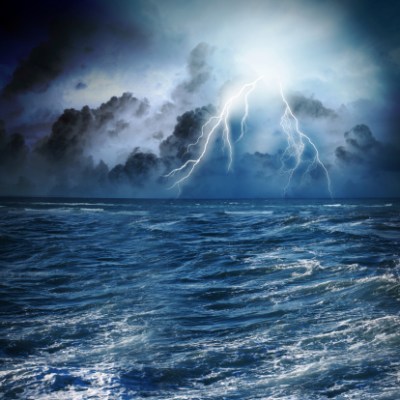 Parts of northern Texas and Oklahoma were so parched that they registered the worst level of drought, based on data from the U.S. Drought Monitor. The level is labeled “exceptional drought.” In a short period, much of the region no longer suffers any drought at all.

In the month of May, Oklahoma was drenched by 14.4 inches of rain, on average, across the state. The Texas figure was 8.8 inches, and much of the state received much more. After over a week of rain, more has fallen in June. Tropical Storm Bill added another foot in parts of Texas during the past two days.

All it would take to solve California’s drought problems is rainfall at levels similar to those that hit recently in Texas and Oklahoma. Unfortunately, the drought-ravaged area in California is much larger than the one that covered parts of the other two states. And there are not colossal storms on the horizon, based on almost every forecast.

While William Shatner works on moving water from the northeast to California, one small hope for the state is that it will be inundated by storms from the “Pineapple Express,” which is a river of water in the sky that starts well out in the Pacific Ocean and collects and moves moisture for hundreds of miles. However, very few meteorologists expect the “river” to bring torrents of rain to most of the California. Billions upon billions of tons of water probably are not on the way to the West Coast, though some forecasters believe that this year’s El Niño may bring rain for several months toward the end of the year.

However, even massive rain for several months may not solve the problem. Several experts authored a study in Scientific America that pointed out:

Even if all the various hurdles for this El Niño event are cleared — it becomes strong and stays that way through winter; it brings sustained rains; and it provides a healthy snowpack — California won’t be drought free come spring. The drought is one of truly historic proportions that was the result of year-after-year dryness. Because it took multiple years to dig such a deep hole, it’s going to take several to fill it back in.

Of course, the size of the deluge in Texas and Oklahoma was not forecast.