Nine Cities Running Out of Water 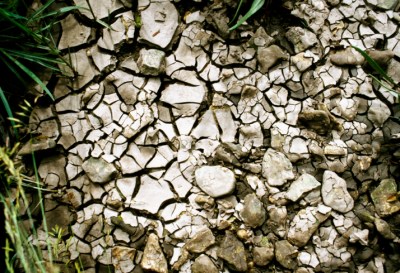 Source: Thinkstock
Severe drought continues to threaten the water supply of large parts of the Western U.S. According to a group that monitors drought conditions, Lubbock, Texas has averaged the worst level of drought since the beginning of 2011.

Based on data provided by the U.S. Drought Monitor, a joint program produced by academic and government organizations, 24/7 Wall St. identified large U.S. urban areas that have been under persistent, serious drought for months.

Most of these urban areas have experienced prolonged periods of “extreme drought,” characterized by the Drought Monitor as likely to involve crop or pasture loss, water shortage, and some water restrictions. Most have even had prolonged periods of “exceptional drought,” which involves widespread crop losses, low reservoir levels, and water shortage emergencies. Albuquerque, the largest city in New Mexico, has been in a state of exceptional drought since April, 2013. Exceptional drought persisted in at least three quarters of Pueblo, Colorado, since February.

The cause of the drought in these areas is historically low rainfall. In Pueblo, Colorado, which is part of the southeastern region of Colorado that has been especially hard-hit, just 3.77 inches of rain were reported through late July, compared to the more than 7 inches it normally gets by this time.

Conditions have been bad in some of these areas for so long that some rain may not be enough to fix the problem after such a prolonged and persistent drought. Last week, severe thunderstorms in some of the drought-affected parts of Colorado produced some temporary relief for residents. However, as assistant climatologist/geologist at the National Drought Mitigation Center Brian Fuchs explained to 24/7 Wall St., it is unlikely that the rainfall will fix the region’s long-term problems.

Fuchs noted that these rains will possibly provide only short-term relief for agriculture and will add some moisture to the soil. But, he added “unless you have several rain events to percolate into any kind of ground water, one significant rain event … won’t even touch the water table.”

This threat to regional water tables and reservoirs, which are in many cases at historical lows, are what city planners are now dealing with. “We do see municipal water restrictions that typically go through several stages, from voluntary to mandatory, to even more stringent mandatory restrictions, depending on the circumstances,” Fuchs said.

Most of these cities with high drought levels have at least voluntary restrictions, while some, like McAllen and Corpus Christi, Texas, have implemented mandatory restrictions. The current plan in McAllen, which is being employed for the first time in the city’s history, prohibits a variety of water use activities during the day, including watering lawns and cars, as well as filling swimming pools.

How much of a crisis these areas are in depends on their source of water, Fuchs explained. Some of these places only have one municipal water source. “A lot of these places in the Western U.S. get their water from large reservoirs. In drought years, you’ll see those reservoirs go down, and they have to spend money to move their intake pipes further into those reservoirs so they can actually get the water out of it.” Many of the cities on our list are large enough that they have multiple sources of water. But for smaller cities, noted Fuchs, “If that lake or reservoir goes dry, that’s all they have.”

That being said, there were cases of larger urban areas undergoing a serious water crisis. Atlanta’s crisis in 2007 was one example Fuchs mentioned. “We had instances five or six years ago where they were using fire trucks to bring water to these communities because they had a single source that had dried up, and there was hundreds of people without any fresh water,” Fuchs said. “Typically, we don’t see these [situations] in larger communities, but to say it’s not possible would be foolish.”

If the drought persists in some of these communities, severe water shortages may be a real possibility. The National Oceanographic and Atmospheric Association estimates that while drought conditions in New Mexico may recover somewhat, drought conditions in the cities in southeastern Colorado and southern Texas will persist or even get worse through at least the fall.

The U.S. Drought Monitor is produced by the National Drought Mitigation Center at the University of Nebraska-Lincoln, the United States Department of Agriculture (USDA), and the National Oceanic and Atmospheric Administration (NOAA). 24/7 Wall St. identified the nine urban areas with populations of 75,000 or more where on average at least 75% of the area was affected by “extreme drought” for the first seven months of 2013. To be considered, these areas also had to be at least partially affected by “exceptional drought,” the worst possible level. All data is as of the week ending July 23rd.

The City With the Fewest Homes For Sale