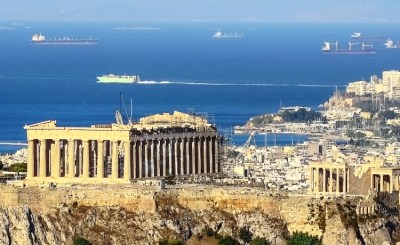 Source: Thinkstock
According to global economic research firm Markit, Greece can add to its debt problems the fact that its factory activity is contracting sharply, and it will continue to do so over the short term, at least.

At 46.9, the Markit Greece Manufacturing PMI remained below the 50.0 no-change level to indicate a steeper downturn than May, rounding off the worst quarter for two years.

Factory output fell at the fastest rate for two years and, with new orders showing one of the largest falls for over two years, the survey data point to a further fall in production in July. Export orders suffered the largest monthly decline since February 2013.

Markit also pointed to a problem that has existed longer term: tax receipts will fall.

With the survey indicating a deepening recession, Athens looks set to face dwindling tax revenues, placing further pressure on the public finances. The escalation of the crisis, including the imposition of capital controls imposed in late June, also suggests that the rate of economic decline is likely to accelerate further without a swift resolution to the debt talks.

History shows that part of this problem is the inability of the government to collect taxes, regardless of the economy, which makes the odds of a long-term recession even worse. Two years ago, researchers from the International Monetary Fund wrote:

Going forward, to achieve the headline primary surplus target of 4½ percent of GDP by 2016, additional savings of 3¼ percent of GDP will need to be identified Almost half of this amount is slated to come from better tax collection. Given already compressed expenditure levels and high tax rates in Greece, the scope for further measures in these areas is somewhat more limited.

As manufacturing activity falls, the inability to collect taxes persists. A turnaround becomes more improbable by the month.