Countries With the Widest Gap Between the Rich and the Poor 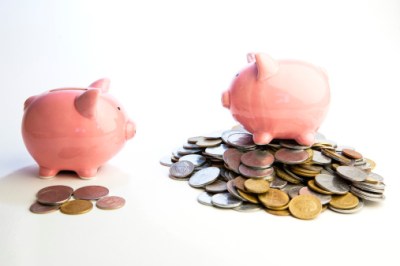 Source: Thinkstock
The United States, which prides itself as a land of opportunity, has the fourth-most uneven income distribution among developed nations, according to recently-released data. Only Turkey, Mexico, and Chile had worse income inequality, with Chile ranking as the most unequal overall.

The Gini coefficient measures how much an economy deviates from perfect equality — where everyone has the same income. A score of zero indicates perfect equality, and a score of one indicates extreme inequality. Based on index figures for Organisation for Economic Co-operation and Development (OECD) countries, these are the least equitable countries in the developed world.

In an interview with 24/7 Wall St., Michael F. Förster, senior policy analyst for Income Distribution and Poverty at the OECD. explained that In nearly every case, taxes actually have less of an impact on the Gini coefficient than transfers. “In all OECD countries, it is the effect of cash transfers which has a stronger role on redistribution than income taxes, with one exception.” That exception, he added, is the United States.

Several of the countries with the highest income inequality have issues with employment. On the list are Spain, Greece, and Portugal, which are known for their recent economic struggles and staggeringly high unemployment rates. However, the unemployment rate doesn’t always tell the full picture. Much has been made of the people who have re-entered the ranks of the employed taking lower salaries or part-time work in the United States, and the effect that has had on increasing the gap between the wealthy and the poor.

Relative to some of these countries, the U.S. actually performs well for the proportion of people in part-time work that have been forced to take those positions because they felt that had no other options. Förster noted “In the southern european countries – Portugal, Greece, and Spain – the large majority is working involuntarily part-time. It’s not part-time or not part-time, it’s the nature of part-time which counts.” Indeed, in Spain, for example, two thirds of part-time employees were involuntary, compared to just 15% on average across the OECD.

If a disproportionate proportion of the population lives below the poverty line, national income distribution is much more likely to be worse. The five countries with the worst income inequality — Chile, Mexico, Turkey, the United States, and Israel — also had the five highest poverty rates in the OECD. The relationship is not perfect, however. The United Kingdom fell just outside the five worst countries for income equality, but its poverty rate was 13th lowest among developed nations.

To determine the countries with the most uneven distribution of income, 24/7 Wall St. reviewed post-tax and transfer Gini index scores published by the OECD. We also considered data on GDP growth, education, poverty, job growth, gross domestic product, as well as social spending, all from the OECD. All figures are from the most recently available year. All ranks are out of the OECD countries with data available.

These are the countries with the widest gap between the rich and poor.