In a 2016 tax gap review by the U.S. Internal Revenue Service (IRS), the agency estimated that U.S. individual and business taxpayers had avoided paying $406 billion because they underreported their tax liability, did not file a return, or underpaid the amount due. And that underpayment covered just tax years 2008, 2009, and 2010, not the highest point in recent U.S. economic growth.

That’s the conclusion of a new study by researchers from Indiana University’s Kelley School of Business, How Do IRS Resources Affect the Corporate Audit Process?, that has been accepted for publication in The Accounting Review.

Casey Schwab, an associate professor at the Kelley School, commented:

We’re quantifying the effect of budget cuts on collections by trying to better understand how cuts impact the entire enforcement process — from audit rates to ultimate settlements between taxpayers and tax authorities. … The scope of the audits is substantially reduced. The IRS has fewer resources to actually dig into the details. While the IRS appears to still target the most aggressive positions, they can’t audit as many positions within the return. They just don’t have the resources.

The 2019 IRS budget of $11.3 billion is smaller than the 2000 budget when adjusted for inflation. There are 21% fewer IRS employees than 8 years ago and the number of examiners has declined by 38% since 2010. The Tax Policy Center reckons that the How Do IRS Resources Affect the Corporate Audit Process?. 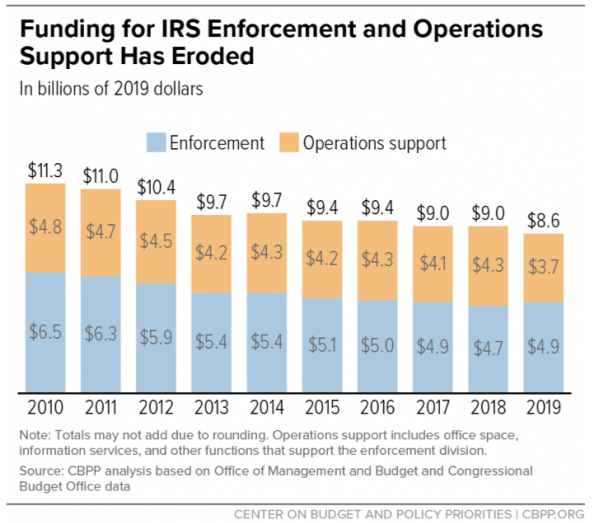 Bridget Stromberg, another author of the Indiana University study, commented, “Cutting budgets is one way to handicap an agency without eliminating it altogether.”

Schwab added, “By eliminating the role of the IRS, you’re effectively reducing corporate tax burdens. On the one hand, this could be used to spur economic growth. On the other hand, there’s a notion that everyone should pay their fair share. The IRS is fundamental in preventing businesses from engaging in transactions that aggressively reduce their tax liability.”

COVID-19: This Is The State With Most Variants