The weighted average poverty threshold for last year for a family unit of four people was $26,370. If such a family earned less than that amount, that family and every person in it was considered to be in poverty.

The data is reported in the latest edition of the U.S. Census Bureau’s Current Population Reports, titled Income and Poverty in the United States: 2019, published this month. 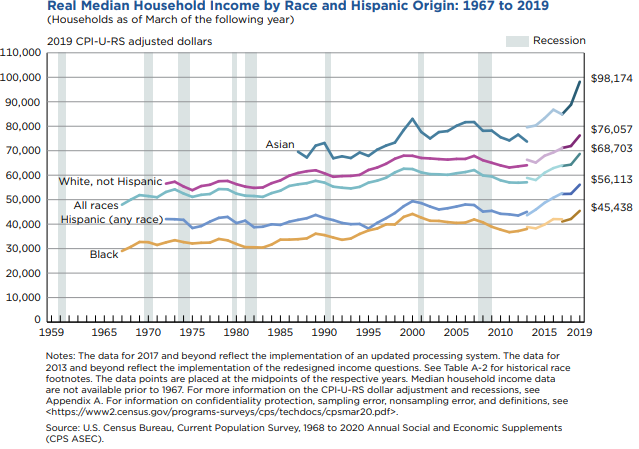 Poverty is also spread unevenly among the states and among cities in the states. In most states, there is one city where poverty is heavily concentrated.