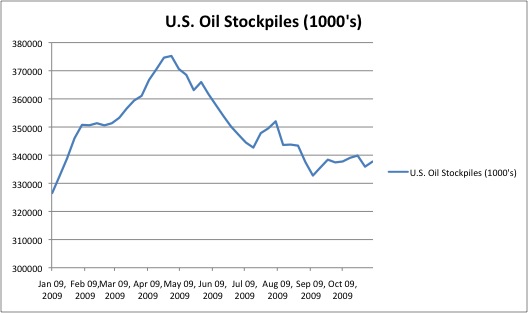 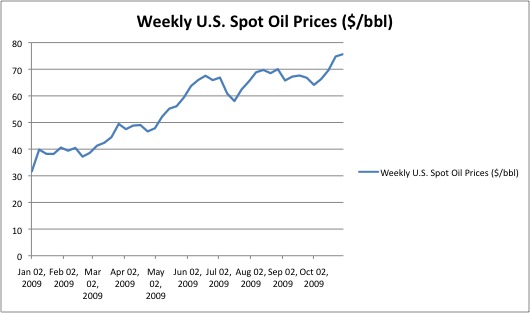 Oil prices have been on the rise since October.  This price movement have been supported by a number of factors.  Perhaps the strongest among them has been the decline in the dollar against the currencies of its major trading partners, as oil is denominated in dollars.  Since the beginning of October the dollar has declined over 2% against the Euro, enhancing European demand for oil.  Oil prices have also been given a boost by the recent G-20 meeting where economic policy markers from the worlds richest 20 countries indicated they would continue their fiscal and monetary stimulus.  Also, the IEA recently revised their projections for global oil demand, citing powerful growth in China.