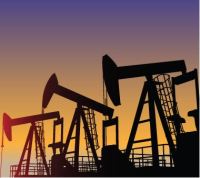 Just this week we featured Exxon Mobil Corporation (NYSE: XOM) as being a solid value stock pick based upon peers set to benefit from this year;s driving trends, but the focus today is on an expansive list of energy companies.  These companies have fairly low forward P/E ratios that could belie their true value and there are generally other driving factors as well. SOme picks will seem controversial on the surface but that is what the explanations are for in the analysis.

Carrizo Oil & Gas Inc. (NASDAQ: CRZO) explores for oil and gas primarily in the US, but also has a stake in North Sea exploration. The company’s primary holdings are in the Barnett shale, the Marcellus shale, and the Eagle Ford shale. The company’s trailing P/E ratio is negative, and its forward P/E is a meagre 7.87. It’s solid position in the Eagle Ford, a liquids-rich play, argues for a higher valuation.

Kodiak Oil & Gas Corp. (AMEX: KOG), like Carrizo, has holdings in some of the most liquids-rich gas plays in the US, with a particularly strong position in the Williston Basin’s Bakken shale. The company’s trailing P/E ratio, like Carrizo’s, is negative and its forward P/E is 8.04. And again like Carrizo, Kodiak needs to face rising cost issues. The break-even Nymex price for natural gas is more than $4.40/thousand cubic feet, but liquids-rich plays like the Eagle Ford and the Bakken practically assure solid returns, provided costs can be kept under control.

Harvest Natural Resources Inc. (NYSE: HNR) is a more global explorer for oil and gas, and does have exposure in Venezuela, which is probably why its trailing P/E ratio is negative and its forward P/E is 8.20. Investor George Soros more than doubled his stake in Harvest during the first quarter of 2011.

Clayton Williams Energy Inc. (NASDAQ: CWEI) is an oil and gas explorer that operates mainly in Louisiana and Texas. The company’s trailing P/E is 75 and its forward P/E is 8.16. The company reduced its guidance following a poor quarter where results were hit by rising costs. What makes the company a reasonable value at its current price is its heavy weighting toward oil production, which accounts for nearly 75% of its total production. Liquids are where the money is.

Petrohawk Energy Corp. (NYSE: HK) is another significant player in the Eagle Ford shale play in south Texas. The company’s P/E ratio is a blinding 252.31, while its forward P/E is 15.81. That’s still a little rich, but Petrohawk is very focused on liquids, it holds more than 330,000 net acres in the Eagle Ford play, and, maybe best of all, with a market cap of around $8 billion it could be a takeover target for one of the big oil guys.

Precision Drilling Corp. (NYSE: PDS) is an onshore drilling company that focuses on North American services. The company’s trailing P/E is a robust 58.05 and its forward P/E is 13.27. Drillers, particularly onshore drillers not affected by the moratorium in the Gulf of Mexico, have done well this year. Precision has boosted its rig utilization rate so far this year and expects to bring another dozen rigs online in 2011, with 11 going to Canada.

Cal Dive International, Inc. (NYSE: DVR) just posted dismal earnings for the first quarter. It’s trailing P/E is negative and its forward P/E is 13.27. The company has been hit by the moratorium on Gulf drilling, but it provides underwater services that are not widely available and, thus, the company has surprisingly strong pricing power. Once drilling starts up again, Cal Dive ought to perform a lot better.

An ending with a driving season note, have a great holiday weekend.