Has American Superconductor Turned the Corner? 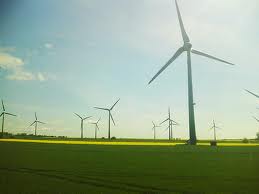 American Superconductor Corp. (NASDAQ: AMSC), a provider of products for the wind and power grid markets has suffered through a nasty stretch during the past 18 months following the refusal of the company’s biggest company to pay for shipments it had received and AMSC’s subsequent restatement of revenues for the last half of 2010. A year ago the company posted an EPS loss of -$0.61 on sales of just $9 million.

For the company’s first fiscal quarter, which ended in June, AMSC managed to cut its adjusted EPS loss by two-thirds to -$0.20 and to post revenue of $28.7 million. Analysts had been expecting an EPS loss of -$0.23 on revenue of $27.91 million. Revenue in the company’s Wind segment was up nearly 4x and in the Grid segment, revenue was up nearly 3x. Costs were essentially flat and the company put up a gross profit of $11.8 million.

So AMSC appears to be working itself out of a serious hole, but is this earnings report really good enough to send the stock up nearly 22%? The only reason for such optimism has got to be that the company’s management appears to have gotten a good grip on the issues facing the company and to have put into place a plan to get AMSC back on track. And the plan appears to be working, if a little slower than some might hope.