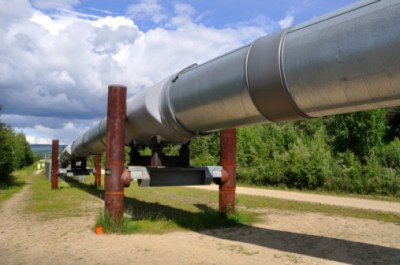 Source: Thinkstock
Core Laboratories N.V. (NYSE: CLB) is one of the companies that is very important, yet it is often overlooked in the oil and gas investing circles. With a drop nearing an extreme 20% on Monday after earnings, this one cannot simply be overlooked without a review to see what is going on here.

There are many moving parts of the story, with exposure to 50 countries or so, but valuation remains an issue. Core Labs is into reservoir description, production enhancement and reservoir management services used to optimize petroleum reservoir performance.

Monday’s confession included the rationale behind the weakness. The company said:

The lowered second quarter 2014 revenue and EPS guidance are primarily caused by North American clients that now project sampling and analyzing less than previously expected levels of reservoir fluids from established unconventional plays in the Marcellus, Bakken, Montney, Niabrara and Eagle Ford formations. A reduction in the number and length of cores cut and analyzed from these reservoirs also is causing the decrease in the Company’s expected revenue and EPS in the second quarter of 2014. The core footage cut in all of these markets, which the Company meticulously tracks, indicates that it has not lost market share for targeted core analyses jobs. Core projects the number of reservoir fluid and core samples from the Permian basin will continue to increase but will not offset declines from the aforementioned established plays.

Core Labs said that it is beginning to analyze more reservoir fluid and core samples from emerging plays such as the Tuscaloosa Marine Shale, the Woodford of south central Oklahoma, Sprayberry, Codell, Parkman formations and others. It also said that clients have shifted some of their coring activity in their deepwater Gulf of Mexico wells from the first half to second half of 2014, which will affect first-half results, but clients have nine major coring projects scheduled during the second half of 2014 in the deepwater Gulf of Mexico.

Again, it is far from the norm to see a one-day change of this magnitude for Core Labs. The problem is that this company is still valued at more than 25 times expected earnings, and that is based on the lowered guidance. Many investors will be concerned that the estimates ahead do not include any serious interruptions from weather or other unexpected events.