Earnings and Value Duel for Exxon, Chevron and ConocoPhillips 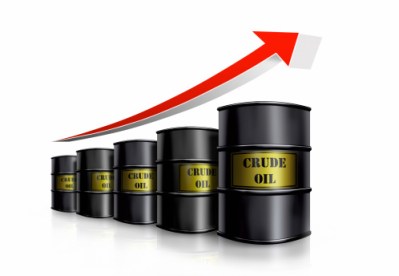 Source: Thinkstock
This week is the apex of earnings season, and we have the big three oil giants on deck to report. Exxon Mobil Corp. (NYSE: XOM) and ConocoPhillips (NYSE: COP) will report their results on Thursday morning. We also have another key report coming from Chevron Corp. (NYSE: CVX) on Friday morning.

24/7 Wall St. wanted to offer a preview for all three oil giants. Estimates are from Thomson Reuters, and we have added additional data or color on each.

With oil remaining above $100 now, this has prevented some of the Russia fears from getting out of hand. That being said, oil is down from its highs and oil was above $100 for almost exactly the second half of the second quarter.

ALSO READ: The 10 Most Oil-Rich States

Exxon Mobil is expected to post earnings of $1.86 per share on roughly $108 billion in revenues. Be advised that very few analysts make revenue projections, even if they do bring earnings expectations. With shares down just under $103, the 52-week high is $104.76, and the stock had been back above $104 just on Wednesday. The consensus price target from analysts is $102.63. Exxon trades at 13 times expected 2015 earnings per share, and its dividend yield is about 2.7%.

ConocoPhillips is expected to report earnings of $1.60 per share on $15.4 billion in revenue. Again, the revenue number just isn’t that followed. Another wild card is that the Phillips 66 spin-off is still new enough that many haven’t figured out how to evaluate the company on a standalone basis. With shares just above $84, the 52-week range is $62.74 to $87.09 and the consensus analyst price target is about $90.20. ConocoPhillips trades at only 12.8 times expected 2015 earnings per share, and its dividend yield is 3.2%.

There are a couple of wild cards that could come into play here. We have already seen our expected dividend hikes from Exxon and Chevron this year, so we expect little news there. Still, the rate of common stock buybacks could benefit the earnings reports. Another bit of news here is not just direct news in Russia, but on whether any of their equipment or business partners have assets, capital or pending payments that accidentally got caught behind enemy lines, so to speak, for the coming quarter.

We have included a chart below showing the performance of all three stocks against each other in the past 90 days. 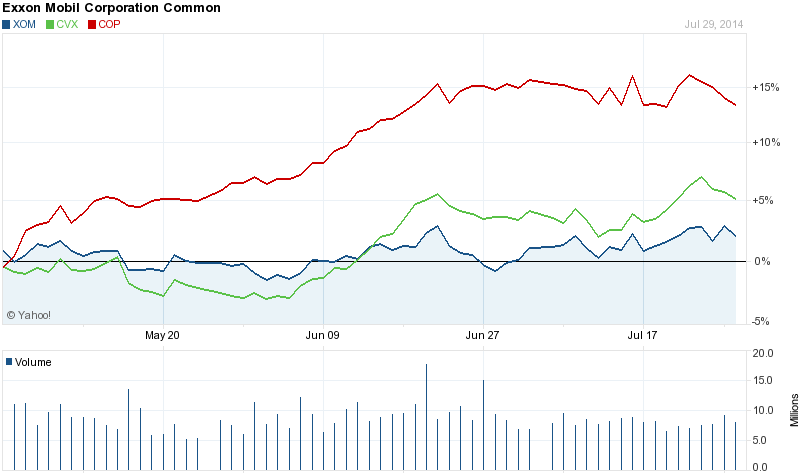