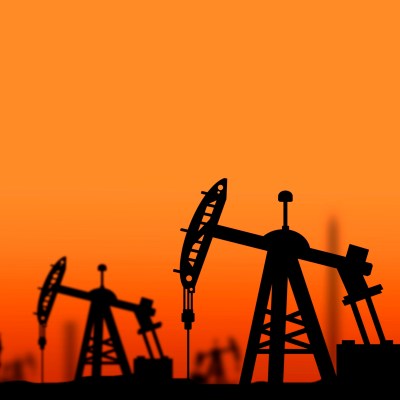 Source: Thinkstock
Has oil finally found a bottom for breathing room? The answer to that question varies handily from investors and the market and industry participants. After touching $40 earlier this year, after that massive tank in oil prices, West Texas Intermediate (WTI) crude seems to have settled down in a range of $45 to $50 per barrel for now. 24/7 Wall St. would remind readers that the market will determine prices here, and predicting oil prices has become as mystical as predicting gold prices.

Investors have been picking through the oil patch to see where there is long-term opportunity and to see what they need to avoid. The one consensus that has seemed to prevail through the recent hard times is that the larger oil and gas outfits almost certainly will be able outlast the smaller and less experienced tier-two and tier-three ones. This is why investors have been looking for opportunities in the mid-cap and large-cap stocks that are generally still profitable or will be ahead.

24/7 Wall St. tracked five key analyst calls that stood out above the rest in the oil patch in this past week. These were all coming with Buy or Outperform ratings, and the analyst reports generally came with a price target that was higher than the consensus price target from Thomson Reuters.

We have highlighted these five calls, but investors need to understand that these should not in any way be considered short-term opportunistic swing trades. These would come with a one-year or even longer-term outlook. If oil rolls back over and heads south again, it is only prudent to expect that these oil stocks will see their share prices head south as well.

Another observation here is that these are either the most optimistic analyst calls on each stock or they are close to it. Again, the calls were above-average against respective consensus price targets. These are the five big oil and gas analyst picks that stood out the most in last week’s calls for big companies with active share volume.

Wells Fargo maintained Carrizo Oil & Gas Inc. (NASDAQ: CRZO) as Outperform at on Friday after the company’s upsized 6 million plus share equity offering (including overallotment), because it provides a cushion to easily allow debt repayment and facilitate potential acquisitions. It also should remove investor concerns about capital spending and leverage.

Carrizo also pre-released strong third-quarter production numbers and raised full-year production targets. Wells Fargo even slightly raised its 2015 earnings from $0.88 to $0.90 per share and now sees a gain of $0.08 in earnings per share (EPS) in 2016 rather than a 40 cent loss. Wells Fargo put a valuation range of $50.00 to $55.00 per share for Carrizo, which would imply upside of almost 25% to 36% ahead.

On Friday, Credit Suisse reiterated its Outperform rating on Phillips 66 (NYSE: PSX). What stands out is the $105.00 price target, which matches the street-high analyst target price. That target implies 25% appreciation, plus a dividend yield of close to 3%, but we would remind readers that is also the most bullish analyst view there is.