How Badly Will $60 Oil Hurt Texas? 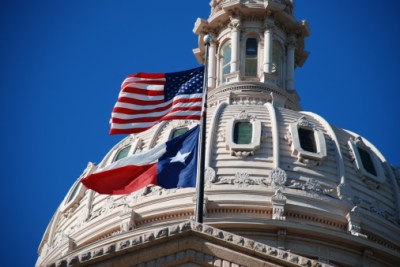 Source: Thinkstock
When it comes to oil production, no other state is in the same ballpark as Texas. The state produced more than 3 million barrels a day in September, nearly three times as much as North Dakota, the second-highest producing state. And that total does not count offshore production in the Gulf of Mexico, which totaled more than 1.4 million barrels a day in September and is attributed by the U.S. Energy Information Administration as a single number although production is spread among the states of Texas, Louisiana, Mississippi and Alabama.

But for all its oil, the state of Texas relies less on oil than either North Dakota or Oklahoma. The 2013 gross domestic product (GDP) for the state totaled $138.76 billion, and of that total $16.19 billion (11.7%) comes from the natural resources and mining sector that includes oil and gas production. In North Dakota, more than 21% of the state’s GDP comes from the same sector and more than 7% of the state’s jobs are related to resource extraction, compared with less than 3% of employment in Texas. In the United States as a whole, the natural resources and mining sector accounted for about 3.3% of 2013 GDP of $15.53 trillion.

Even though Texas produces so much oil, the industry’s impact on state GDP and revenue is much more heavily felt in North Dakota than it is in the Lone Star state. In the state’s biennial revenue estimate made in January 2013 and covering the two-year 2014 to 2015 budget biennium, the Texas Comptroller of Public Accounts noted:

The state taxes oil companies in two ways: first, a franchise tax that is applied to all businesses in the state, and second, oil production and regulation taxes. The franchise tax, often called a margin tax in Texas, was adopted in 2006 in an effort to provide property tax relief to homeowners. That hasn’t worked out, and voters in the state’s primary elections last spring overwhelmingly supported abolishing the tax.

The state’s receipts from the franchise tax have risen from around $7.8 billion in 2010-2011 to an expected $9.5 billion in the current two-year period of 2014-2015. The amount headed for property tax relief is estimated at $3.96 billion, and the remainder is dumped into the general fund.

Could America Return to $1 Gas?

Threat to Gulf Oil and Gas Production Remains High With 2 Months Left in...