The 10 Most Oil-Rich States 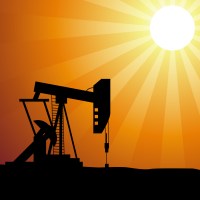 Source: Thinkstock
Oil futures fell last week, the biggest weekly decline since March, after the U.S. Energy Information Administration (EIA) said that U.S. oil and gas inventories unexpectedly rose the week before. Further, even as the EIA raised U.S. crude oil production forecasts for 2015 and 2016, the International Energy Agency warned that an oversaturated market may drive oil prices down further. The weakness in prices could have a profound effect on some states that rely on oil production.

Unsurprisingly, the states with the highest totals of proven reserves are also among the largest oil producing states. Together, these 10 states produced nearly 2.5 billion barrels of oil in 2014, or 77% of the nation’s total production that year. Offshore drilling, not attributable to any state, accounted for much of the rest of the production.

Technological advancements in horizontal drilling and hydraulic fracturing, commonly called fracking, have allowed oil companies to access shale formations that were previously unreachable. The Permian Basin in Texas, for example, was believed to have run dry in the early 2000s. New technologies, however, have revived the region and the Permian Basin is now the country’s leading oil producing region.

Extensions — or newly accessible reserves that are attributed to previously existing oil fields — are one way to increase proven reserves. In 2013, extensions contained roughly 4.4 billion barrels of oil across the country, nearly all of which located in the 10 most oil-rich states. Additionally, nearly the entire increase in proven reserves in 2013 was from extensions.

As a result of the oil boom in these states, jobs in the mining and logging sector, which includes oil and gas extraction, have increased. In six of these states, employment in the sector grew by more than 60% from 2005 through 2014, higher than the 42% increase in sector employment across the country.

GDP growth is another way to measure the vitality of a state’s economy. While the U.S. economy grew by 2.2% in 2013, the GDP of seven of the states with the most reserves grew by more than 2.5%, largely driven by the mining industry. In Wyoming, for example, 3.5 percentage points of the state’s 5.1% GDP growth came from the mining sector. Texas, North Dakota, Oklahoma, and Colorado received a similar boost from the booming oil industry.

The existence of oil in a state does not guarantee economic success, however. Alaska and California both had among the highest unemployment rates in the country despite having the nation’s third and fourth most proven reserves, respectively.

To identify the most oil-rich states, 24/7 Wall St. reviewed data on proved oil reserves from the Energy Information Administration (EIA). Reserves figures are as of December 31, 2013, the most recent date for which data are available. We also looked at the changes in proved reserves since 2000. Also from the EIA, we considered extensions to existing oil fields, new field discoveries, the number of refineries, and total crude oil production. We examined trends in each data point beginning in 2000. We also looked at unemployment rates, and employment and labor force levels from the Bureau of Labor Statistics. GDP growth and industry contribution to growth came from the Bureau of Economic Analysis and are for 2013.

These are the 10 most oil-rich states.