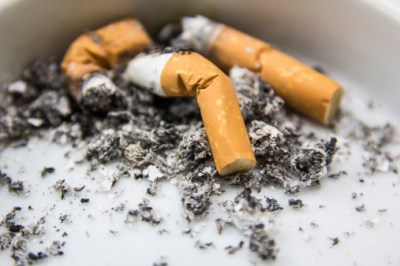 Source: Thinkstock
In a piece of news that should hearten the cigarette industry and send chills down the spines of world health officials, a new study claims that a billion adults smoke tobacco worldwide. Incidentally, to make health problems worse, many have alcohol-use problems.

In an article in a medical publication, researchers who penned a new study titled “Global Statistics on Addictive Behaviours: 2014 Status Report” wrote:

A new study published today in the journal Addiction has compiled the best, most up-to-date evidence on addictive disorders globally. It shows that almost 5% of the world’s adult population (240 million people) have an alcohol use disorder and more than 20% (1 billion people) smoke tobacco. Getting good data on other drugs such as heroin and cannabis is much more difficult but for comparison the number of people injecting drugs is estimated at around 15 million worldwide.

It is fair to assume that these habits erode worker productivity and produce a massive strain on the health system, and the report’s authors offer some analysis of this:

For example, alcohol use is estimated to result in loss of 257 disability adjusted life year per 100,000 of population compared with just 83 for illicit drugs.

The harm is much greater in some regions than in others:

There are huge regional differences in use of addictive drugs. The heaviest drinkers are in Eastern Europe where 13.6 litres of alcohol is consumed per head of population each year, followed by Northern Europe at 11.5 litres. Central, Southern and Western Asia have the lowest consumption at 2.1 litres.

Eastern Europe also has the most smokers at 30.0% of adults, closely followed by Oceania at 29.5% and Western Europe at 28.5%. This compares with Africa at 14%. North and Central America with the Caribbean having the highest rates of injecting drug use at 0.8%, which is more than twice the rate in Northern Europe at 0.3%.

One of the messages of the study is that legal drugs do far more damage than illegal ones. Maybe that is because illegal drugs are harder to come by. That is good news for the world’s largest producers of alcohol and tobacco.