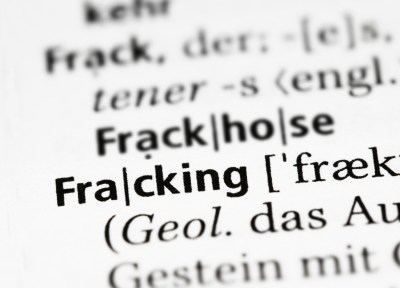 A new study published recently by the Johns Hopkins University Bloomberg School of Public Health has linked an increase in premature births to a mother’s proximity to active, fracked natural gas wells. There is, however, no explanation for why pregnant women had worse outcomes near the most active wells.

The authors studied the records of 9,384 mothers who gave birth to 10,946 babies between January 2009 and January 2013. They compared that data with information about wells drilled for fracking and looked at how close they were to the homes of the pregnant mothers, as well as what stage of drilling the wells were in, how deep the wells were dug and how much gas was being produced at the wells during the mothers’ pregnancies. Using this information, they developed an index of how active each of the wells were and how close they were to the women.

Pregnant women living in the most active quartile of drilling and production activity experienced a 40% increase in the likelihood of giving birth before 37 weeks of gestation (considered preterm) and a 30% increase in the chance that an obstetrician had labeled the pregnancy “high-risk,” a designation that can include factors such as elevated blood pressure or excessive weight gain during pregnancy. When looking at all the pregnancies in the study, 11% of babies were born preterm, with the majority (79%) born between 32 and 36 weeks.

The growth in the fracking industry has gotten way out ahead of our ability to assess what the environmental and, just as importantly, public health impacts are. More than 8,000 unconventional gas wells have been drilled in Pennsylvania alone and we’re allowing this while knowing almost nothing about what it can do to health. Our research adds evidence to the very few studies that have been done in showing adverse health outcomes associated with the fracking industry.

The U.S. Centers for Disease Control and Prevention (CDC) say that preterm-related causes of death together accounted for 35% of all infant deaths in 2010, more than any other single cause. Being born prematurely is also a leading cause of long-term neurological disabilities in children. Preterm births cost the U.S. health care system more than $26 billion in 2005, according to the CDC.

Now that we know this is happening we’d like to figure out why. Is it air quality? Is it the stress? They’re the two leading candidates in our minds at this point. … The first few studies have all shown health impacts. Policymakers need to consider findings like these in thinking about how they allow this industry to go forward.

This Is America's Most Active City

This Is the State With the Worst Bullying Problem