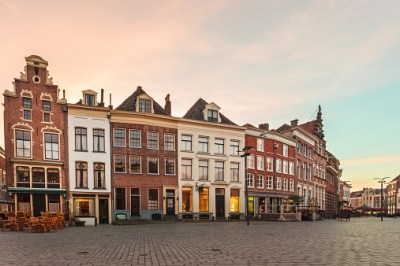 Source: Thinkstock
The European Central Bank (ECB) published an article Tuesday morning on the state of housing prices in the eurozone. The recovery has not been particularly robust so far, but housing prices are moving up across several eurozone members.

The ECB noted that the annual rate of change in house prices began to increase in mid-2013 and had turned “mildly positive” in the second half of 2014. A similar pattern occurred in 2009 and 2010, however the sovereign debt crisis stopped further progress.

The report cites several reasons to believe that this turnaround is more likely to succeed:

In addition to a more balanced starting point than in 2009 to 2010, the current recovery is being sustained by two factors: bank lending rates and credit standards have become more favorable, and the low interest rate environment could further sustain demand and boost housing prices.

That being said, however, the ECB also notes:

[T]he current euro area real house price upturn has been somewhat weaker than the typical increase observed historically during the initial phase of the upturn. … Indeed, since the latest euro area trough in 2013, only some countries (such as Germany) have seen an upturn in real house prices, while in others (such as Spain and the Netherlands) there has only been a broad stabilisation followed by a mild increase in prices, or even a further decline (as in France and Italy). … [T]he most recent household loan developments only seem to have heralded, so far, [a] relatively moderate increase in real house prices in the short to medium run.

The better news, though, is that the collapse and recent recovery in housing prices in the eurozone are “in line with historical cyclical patterns,” even if the recovery has been weaker than normal.

ALSO READ: The Least Healthy City in Each State