Since the home price recovery began in 2010, U.S. home prices have risen by 73%, even though homeownership rates among all Americans has declined by 3% to 64.1%. The rate of homeownership among white Americans was 73.1% at the end of the second quarter of 2019, while the rate for black Americans was a record low 40.6%. The Hispanic and Latino American homeownership rate was 46.6%. Homeownership is higher in certain metro areas. These are the cities where the most people own their homes.

Redfin’s chief economist, Daryl Fairweather, commented: “The growing racial homeownership gap has widened the wealth gap, as home equity remains one of the most significant wealth-building tools. And now, with higher home prices and tighter lending standards than before the housing crash of 2008, it’s more difficult than ever for minorities to break into the housing market. That’s likely to contribute to growing economic inequality in the U.S.” 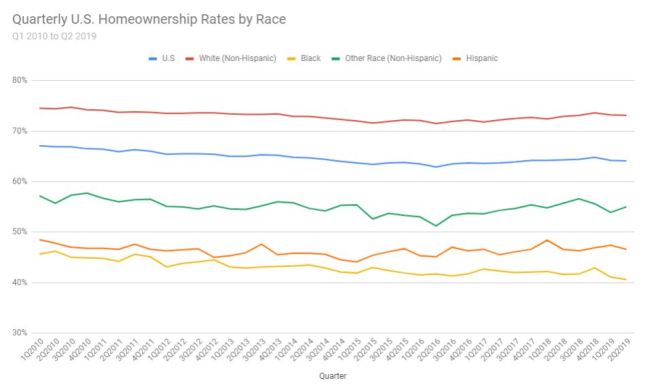