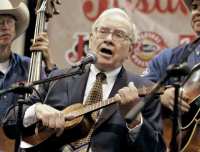 Berkshire Hathaway Inc. (NYSE: BRK-B, BRK-A) and Warren Buffett have just released the latest holdings of U.S.-listed equities as of March 31, 2011 for the Q2-2011 holdings.  These public stock holdings have been broken down into two groups of ‘A to L’ and ‘M to Z’ so it is more concise and clear to see the path of changes.  Here are Warren Buffett’s holdings and accompanying notes on each for the group ‘A to L’ in shares.  When the recent earnings came out, we did see that the equity holdings’ value at March 31 grew to over $61.8 billion from $59.8 billion as of December 31, 2010.

What is interesting is that Berkshire Hathaway does not full reflect its full holdings.  Buffett is again keeping his cards close to the vest for what he thinks will be copy-cat share buying (most likely on Combs’ new positions).  This filing shows that “only” about $53.6 billion in equities are reflected here, but the most recent earnings report showed an equity value” of about $61.8 billion. It looks as though Warren Buffett was given permission to delay some of the new holdings.