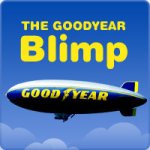 The largest tire company in the world in 1955, Goodyear had large plants around the world. As competition from Japanese companies grew, the company went through several restructurings including a move into energy. 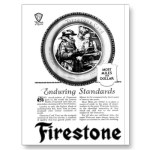 The second largest tire company in the world in 1955, Firestone was at one point the exclusive supplier to Ford. The company was sold to Bridgestone of Japan in 1988. 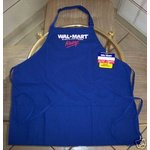 
Walmart was not started until 1962. A local store chain in Arkansas, it expanded across the nation and outflanked rivals founded years earlier using intelligent product sourcing and low prices. Walmart is now the largest company in America.

The company was primarily a provider of high end and expensive computing machines. Over a period of 50 years it has added large software, IT consulting, and server businesses to become one of the world’s largest tech companies.

The global mail and freight carrier used the growing movement to transport packages by air and a huge network of trucks to capture the lion’s share of the industry and effectively helped ruin the profitability of the US Postal Service.

Also Read: The History of What Things Cost In America: 1776 to Today

The No.2 US retailer opened its first store at about the same time Wal-Mart did. It has never been able to match its larger rival’s size but has still built a $65 billion a year business.