The Greatest Brands in American History 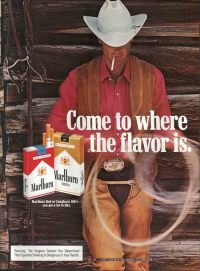 Most of the analysis about super-brands focuses on companies and products that have been prominent in the last few decades – companies like Apple, Google, Toyota, or Starbucks. According to how many experts evaluate brands over the last two centuries of the U.S. economy, however, none of those brands are among the most important in American history.  All of the brands 24/7 Wall St. looked at for this analysis were created many decades ago.

24/7 Wall St. has reviewed the history of American brands. We have examined how well they were known to the public during their most successful years – which may include today – as well as the size of their businesses over time. Many of the brands on this list, like Standard Oil, represented a large part of U.S. GDP early in the company’s history. Others, like Ford, have been among the largest U.S. companies for over 100 years.

Another aspect of the brands that 24/7 Wall St considered for this list is how long it has been in use and how long it has been widely known. Sears began as a catalog business in the 1880s and is still a well-known brand. Marlboro was first manufactured in 1902 and is one of the most valuable brands in the world.

What emerges from the analysis is a list of brands, many of which were important a century ago and all of which have remained dominant during their long reign at the top.  Coca-Cola, Marlboro, and Ford all appear regularly in top global brands lists. So do newer brands which have not been dominant for decades.  Although Apple, Toyota and Google may be premiere brands today, it is to be seen whether they will stand the test of time. 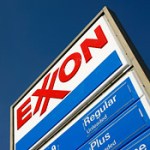 Standard Oil was the largest crude oil exploration and production company in the world in the second half of the 19th and early part of the 20th Centuries. The firm was founded in 1870 by John D. Rockefeller. According to Forbes, his net worth was 1.5% of the American economy, making him the richest man in American history. Standard Oil was a trust that controlled oil drilling, refining, and shipping across a large number of states, particularly in the east. A decision in 1911 rendered by The Supreme Court and largely based on the Sherman Antitrust Act forced Standard Oil to be broken into 34 companies. Many of these, including the Standard Oil Company of New Jersey, survived as huge corporations and brands for decades. The New Jersey branch served as a foundation for the company that eventually became Exxon.