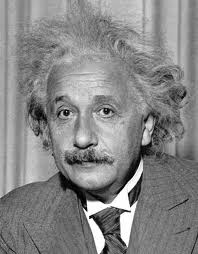 The term “innovation” is difficult to quantify when it comes to large companies across different industries.

24/7 Wall St. chose to look at global patent filings, filings by field, and increases in R&D spending to define innovation. The initial universe of our analysis began with the fifty companies with the highest number of patent filings, according to data compiled under the World Intellectual Property Organization’s Patent Cooperation Treaty s (“PCT”) for 2009, a specialized agency of the United Nations. All 50 companies are large and well-known multinational firms.

Data collected for the “World Intellectual Property Indicators 2010” study shows that the United States is still among the most active nations  for patent filings. Fourteen of the firms in the top 50 are headquartered in the US. Fifteen Japanese companies made the list. Five German companies were included. China had only two.

24/7 Wall St. analyzed patent filing information from 2009 among the top fifty firms with figures on the size and growth rate of R&D spending from 2009 to 2010. Some American companies continue to increase R&D sharply. Among these are Microsoft (NASAQ:MSFT), Apple Inc. (NASDAQ: AAPL), and handset chip giant Qualcomm (NASDAQ: QCOM). American companies that have slowed down R&D spending include old and weak US firms including GM, Eastman Kodak (NYSE: EK), and Motorola (NYSE: MOT).

24/7 Wall St. took the 14 US companies in the top 50 and considered additional data for each, including sales growth, industry leadership, and stock and financial performance. Whether R&D expenditures rose or fell over the last two years was also noted.

These are 24/7 Wall St.’s Ten Most Innovative Companies in America.