The World's Most Innovative Companies 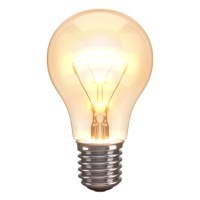 The United States Patent and Trademark Office (USPTO) issued 300,678 utility patents in 2014, many of them to just a handful of companies. More patents were issued in 2014 than in any other year in the history of patent filings.

IBM (NYSE: IBM) was the global leader for innovation in 2014 for the 22nd consecutive year, with 7,534 patents. Last year was also the first year any company received more than 7,000 annual patent grants. Based on data from global patent data compiler, IFI Claims Patent Services, these are the world’s most innovative companies.

Click here to see the world’s most innovative companies

The most innovative companies are not always the most financially successful ones. While IBM was the global innovation leader in 2014, its stock price fell 13.3% last year. In the case of several other companies, however, innovation has accompanied financial success. Google (NASDAQ: GOOG), for instance, appears on our list of most innovative companies for the first time after a dramatic increase in patent filings over the last several years. The company has reported substantial revenue increases as well as research and development (R&D) spending increases since at least 2011.

How Should Companies Promote More Innovation? in 24/7 Wall St.'s Polls on LockerDome

In order to innovate, a company needs resources. IBM had a relatively poor year in terms of revenue in 2014, but this did not prevent the company from investing heavily in R&D. IBM invested more than $6.3 billion in R&D in fiscal 2013, one of the highest figures among all companies worldwide. Similarly, the economy can affect a company’s capacity to invest. Larry Cady, vice president of product marketing at IFI Claims Patent Services, suggested that a few years ago, when companies filed many of the applications for the patents awarded last year, “there was probably some cost-cutting” brought on by the recession and other “cyclical economic factors.”

This partly explains the slowdown in growth of U.S. patent grants. The number of patents issued in the United States increased by just 8.2% from 2013. This was down from a 9.7% growth in 2013 and from a 12.8% growth in 2012. Despite the growth slowdown, the United States is still far and above the most innovative country worldwide. “[This slowdown is] probably more related cyclically to the economy than it is to any other underlying change in technology,” Cady said. “I don’t think it’s the case that people are running out of things to patent.” There were 19 U.S.-based companies among the 50 most innovative companies, and four of the top-10 are based in the United States. According to Cady, the perceived stagnation in U.S. patents is likely temporary.

Cady explained that a range of factors contribute to high numbers of patent grants. Incentive structures at these companies and corporate culture are key among them. “If you provide someone with an incentive to patent their idea, they will patent more,” Cady said. For instance, Google employees are permitted one day per week to focus on whatever they want, according to the company’s website. This encouragement is part of Google’s eight pillars of innovation. IBM, too, has a long history of such incentive structures.

Patent grants are a reliable measure of how innovative a company is. However, in an interview with 24/7 Wall St., Cady said that “a fairly small number of the patents granted fall under the category of significant innovations that really change the landscape.” Not only are many patents representative of extremely incremental developments, but they are often filed for a variety of reasons. A key innovation, for example, will often require a range of different patents to protect it from challengers. Companies will also deliberately bolster their patent portfolios in order to take a “defensive posture,” Cady explained.

In particular, especially in the extremely competitive electronics and software industries, patent trolling has become a common occurrence. Patent trolls will purchase patents on the market without any intention of releasing the product, and they sue other companies for attempting to do so. The increasingly defensive strategies adopted by companies can be attributed in part to the rise of such patent trolls. Cady added that intellectual property laws have become especially vague in these industries. “What’s patentable is a contentious issue,” Cady said. Methods of doing business, or an intangible invention like software, are entering patent courts more often than ever. Historically, inventions such as these were deemed far too abstract for patent protection.

To identify the 10 most innovative companies, 24/7 Wall St. reviewed the companies with the 50 highest total number of patent grants in 2014 from IFI Claims Patent Services. Patent data from previous years also came from IFI Claims Patent Services. When available, financial data came from the companies themselves or Google Finance. Sales figures from non-U.S.-based companies were converted to U.S. Dollars using exchange rates current as of the publication of this article.

These are the most innovative companies in the world.