Unemployment May Not Recover Until 2015 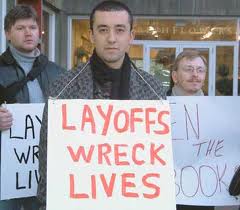 Its new study entitled “World of Work Report 2010 – from one crisis to the next?” the ILO says: “The longer the labour market recession, the greater the difficulties for jobseekers to obtain new employment. In the 35 countries for which data exists, nearly 40 percent of jobseekers have been without work for more than one year and therefore run significant risks of demoralisation, loss of self-esteem and mental health problems. Importantly, young people are disproportionately hit by unemployment.”

The ILO offers three solutions to the problem, but they may not be realistic. The first is the strengthening of job-centered policies to reduce the risk of growing long-term unemployment and establishment of skills which are now mismatched in the event of recovery. The others are a closer link between wages and productivity gains in surplus countries and financial reform carried out so that allows savings can be channelled to more productive investment and the creation of more stable jobs.

The notions may work well in theory, but the retaining of large wor forces like those in the US could take years and would cost huge sums due to the number of construction and manufacturing jobs lost. These people would also have to be relocated to regions where there is an abundance of jobs.

A link between productivity and wages is likely to cause labor unrest. Unions and other labor organizations understand that compensation is only one of a number of factors that determine productivity, and many of those, like capital investment and facilities modernization, are in the hands of management. The channeling of investment is based on the ability of governments to offer tax or other incentives which would usually cause increases in government deficit spending.

The ILO has no responsibility to run a nation or even a large company. That shows in its review of its solutions to the long-term labor problem that troubles the developed world.