While the rocky mountain state ranks dead center in most categories, its lively tourism industry pushes it into the top fifteen in median income and the top ten in GDP per capita.

*Ed Note. Value of debt per capita was incorrectly provided as $9,228. This was a transcription error and did not reflect the underlying data for the state. The current number of $9,944 is the correct number and reflects the data as it was originally used to rank the state. (October 13, 2010) 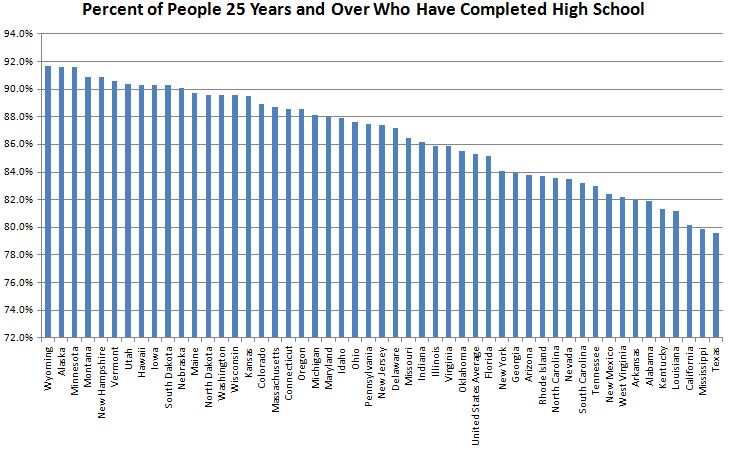 (September, 2010): From the Census Bureau’s American Community Survey for 2009, The percentage of the population that is 25 and over which have completed high school or its equivalent.
Read more: Investing, Analyst Upgrades, Research
Get Our Free Investment Newsletter