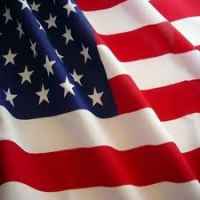 How well run are America’s 50 states? The answer depends a lot on where you live.

For the second year, 24/7 Wall St. has reviewed data on financial health, standard of living and government services by state to determine how well each state is managed. Based on this data, 24/7 Wall St. ranked the 50 states from the best to worst run. The best-run state is Wyoming. The worst-run state is California.

Comparing the 50 states can be a challenge because they are so different. Some states have abundant natural resources while others rely on service or innovation. State populations also can be more rural or more urban. Some had booming industries that are waning or that have disappeared altogether. Border states with large immigrant communities have populations that are growing rapidly. Many states in the Northeast are not growing at all. All of these factors affect the finances and the living conditions in a state.

Despite these differences, states can do a great deal to control their fate. Well-run states have a great deal in common with well-run corporations. Books are kept balanced. Investment is prudent. Debt is sustainable. Innovation is prized. Workers are well-chosen and well-trained. Executives, including elected and appointed officials, are retained based on merit and not politics. 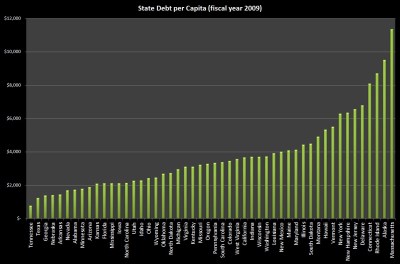 To determine how well — or how poorly — a state is run, 24/7 Wall St. weighed each state’s financial health based on factors including credit score and debt. We also evaluated how a state uses its resources to provide its residents with high living standards, reviewing dimensions such as health insurance, employment rate, low crime and a good education. We considered hundreds of data sets and chose what we considered to be the 10 most important measurements of financial and government management.

This year, as a new component of our analysis, 24/7 Wall St. obtained additional budget data for each state. Examining the state’s revenue and expenditures, and what each government opted to spend money on, allowed us to determine if a state overspent limited resources, failed to devote funds to an urgent need of its citizens or spent a great deal of money but with poor results. While we did not use expenditures or revenue in our ranking, these numbers reflect how a state is managed. Together with other budget data, living standards and government services, it provided a complete picture of the management of each state. A fuller accounting of our methodology can be found at the end of the article.

The 24/7 Wall St. Best and Worst Run States is meant to be an analysis that will focus the debate about state management and financial operations. The analysis should also serve to empower and inform citizens who want who want to better understand the impact government decisions have on each state.

This is 24/7 Wall St.’s Best and Worst Run States in America.