How Google Pays Next To Nothing In Taxes 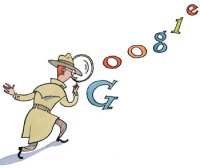 “Double Irish” and “Dutch Sandwich”  sounds like action movies or detective novels.  The last thing that anyone would suspect them to be were  sophisticated tax avoidance strategies that save Google Inc.  (GOOG) and other companies more than $60 billion annually.

According to Bloomberg News, Google pays at astoundingly low overseas tax rate of 2.4 percent, shaving $3.1 billion from its tax bill by shuffling the money through its subsidiary in Ireland.   American companies have used the Emerald Isle as a tax hedge for years because it has a 12.5 percent corporate tax rate  compared to the U.S. rate of 35 percent.   U.S. companies, however, have taken this strategy to new heights.

“Tax planners call such an arrangement a Double Irish because it relies on two Irish companies,” according to Bloomberg.  “One pays royalties to use intellectual property, generating expenses that reduce Irish taxable income. The second collects the royalties in a tax haven like Bermuda, avoiding Irish taxes.”

Fans of the Double Irish  include Microsoft Corp.  (NASDAQ: MSFT) and Forrester Laboratories Inc.  (NYSE: FRX). The Dutch Sandwich comes in because Google’s  money makes a brief stopover in Amsterdam, where the company’s subsidiary lists no employees.   At least some experts are calling for the practice of transfer pricing which makes these practices possible be abolished.  The White House does not go that far and “to tax excessive profits of offshore subsidiaries as a curb on income shifting,”  Bloomberg says. Given the likelihood of  a Republican takeover of Congress,  there is very little chance that will happen.

To be clear, these strategies are legal. Indeed, business people have tried to minimize their taxes since ancient times.  It also is perfectly understandable that businesses would try to hold onto as much of their profits as possible.  Unfortunately, the globalized economy enables fund to flow freely across borders and tax jurisdictions.  The consequences can be dramatic.

For instance, growth in Ireland over the past few decades has been the result of the huge number of U.S. business that located there for the country’s low tax rates.  The trouble is that they are too low, which is one of the reasons why the Irish economy is a mess.  Moreover,  Ireland’s neighbors in Europe are pressuring to raise corporate taxes.  Officials in Dublin are resisting this pressure, but may have little choice but to  agree if they need a bailout from the International Monetary Fund.  Things may only worsen if U.S. companies decide that Ireland’s low taxes are not low enough.

In the end, if big companies pay less taxes than smaller enterprises and individuals will pay more as the IRS decides to target the low-hanging fruit for audits.  Indeed, researchers at Syracuse University’s Transactional Records Access Clearinghouse found a sharp decline in audits of millionaires from fiscal year 2007 to fiscal year 2008 despite IRS claims to the contrary. The IRS has also been criticized for years for more frequently auditing the poor than the rich.

If policymakers don’t curb these practices, an already unfair tax system will get even more unjust.  That’s the last thing that Americans need as they recover from the worst economic slowdown since the Great Depression.