Nine Great Brands That Had To Change Their Name 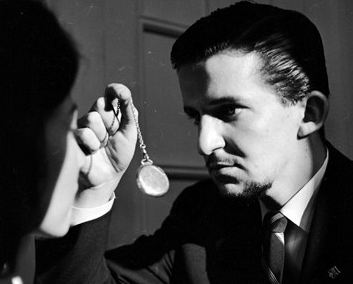 Many companies keep the names that they used to brand themselves when they were founded. Firms such as Ford (NYSE: F) and Apple (NASDAQ: AAPL) may have changed their corporate names slightly (Apple Inc. was once Apple Computer), but hardly enough for most people to notice. Some of the world’s largest companies have changed their names out of necessity, often due to mergers. Sirius XM Radio (NASDAQ: SIRI) is the combination of two companies–Sirius Satellite Radio and XM Satellite Radio. Time Warner Inc. (NYSE: TWX) was once AOL Time Warner and owned Time Warner Cable (NYSE: TWC) and online portal AOL (NYSE: AOL). Both of those companies are gone and so is the firm’s former name.

As part of 24/7 Wall St.’s ongoing look at brands, the value of brands, and the purchase and sale of brands, we looked at nine large companies that changed their names. Usually, particularly for corporations that have been in business for decades, the decision carries substantial risks. Tens of millions if not billions of dollars are put into creating brand identities and visibility, often over a long period – over a century, in the case of Coca-Cola (NYSE: KO) or J.C. Penney (NYSE: JCP).

A look at large companies that have completely altered their names shows that in most cases, the change is a calculated break with the past. Philip Morris was under siege legally and financially due to tobacco litigation, which peaked in the late 1990s. Management diversified that company into food products and changed the name of the company in the hope that re-branding would take away some of the stigma of the firm’s past.

Another reason companies decide to break with old names is because they have products that become more well-known than their parent companies. These firm’s essentially increase their corporate value by putting  the brand equity of their most important product or service in the place of their own. Xerox (NYSE: X) was known as the Haloid company until its Xerox product became more recognizable among its business customers.

An exact calculation of the success or failure the decision by a company to change its name is nearly impossible to make. British Petroleum changed its name to BP PLC  (NYSE: BP) in 2001. The disaster in the Gulf has so badly damaged the oil company’s brand that it might consider changing it back. The brand was tarnished by an accident which the public believes was entirely the company’s fault. The BP brand will never recover from that, which raises the possibility that it may change its name again. No matter what BP does, there is a temptation for corporations which have been though period of trouble and bad publicity to change their names in the hope of re-branding themselves and through that process improving their images over time.

These are the nine brands that had to change their name.