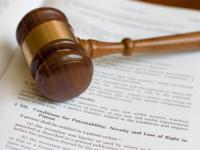 According to the The United States Trademark and Patent Office, a trademark is a brand name which includes any word, name, symbol, or device used, or intended to be used, in business to identify and distinguish the goods of one company from the goods of another.  They are also seen as a pathway to riches by a misguided few.

Just like with patents, questionable trademark applications are routinely filed. They may simply be phrases that are commonly used to refer to a company or product. They may be a slogan used to describe a sound, word, or experience. These are, usually, an overreaching of trademark rules. They are an attempt by companies or people to “own something” which is essentially owned by the public.

24/7 Wall St. has looked at a number of trademark applications which seem, and in these cases are, absurd. They are examples of “land grabs” made by companies and people to take control of brands which may be of value, but which probably will be rejected by the federal government.

The following are nine of the most absurd trademark attempts in recent American history.