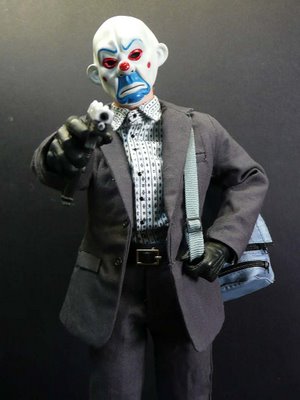 Earlier this month, while everyone’s attention was focused on the midterm elections, the US Department of Education published proposed new rules governing access to federal direct and federally guaranteed student loans. The most controversial of the new rules is that to maintain their eligibility to receive new student loan funds schools must maintain a repayment rate of 65%. Repayment means that interest and principle payments are up to date.
That may sound like a pretty low bar, but the repayment rate at for-profit colleges is a mere 36%. The threat to loan funds available to students at for-profit schools has pushed share prices down by an average of about 32% since the beginning of the year. American Public Education, Inc. (NASDAQ: APEI) has bucked the trend, staying about flat due mainly to a deal with Wal-Mart Stores, Inc. (NYSE: WMT). For-profit schools including Apollo Group, Inc. (NASDAQ: APOL), which owns the University of Phoenix, Education Management Corp. (NASDAQ: EDMC), Career Education Corp. (NASDAQ: CECO), Corinthian Colleges, Inc. (NASDAQ: COCO), DeVry Inc. (NYSE: DV), and Strayer Education, Inc. (NASDAQ: STRA) are all down at least 20%, with Corinthian down nearly 70% in the past 52 weeks. The Washington Post Co. (NYSE: WPO), owner of the Kaplan schools and test preparation programs, is down only slightly in the same time period, thanks in large part to its for-profit schools.

The schools have been under fire for their student loan practices for years, and the Secretary of Education notes that “students attending for-profit schools are the most likely to default [on student loans]. While for-profit schools have profited and prospered thanks to federal dollars, some of their students have not. Far too many for-profit schools are saddling students with debt they cannot afford in exchange for degrees and certificates they cannot use. This is a disservice to students and taxpayers, and undermines the valuable work being done by the for-profit education industry as a whole.”
Federal rules prohibit a school, public or private, from collecting more than 90% of its student fees in the form of federal loans and grants. Some of the schools, such as The University of Phoenix and the Kaplan schools, are in danger of exceeding that limit, which, of course, would limit enrollment and, ultimately, growth. Corinthian has already said that “a substantial percentage” of its schools may exceed the 90% limitation.
Even worse from the schools’ perspective is a rule that would require schools to track the number of graduates who are gainfully employed and can pay back their loans. The for-profit schools have raised such a stink about this rule that the Dept. of Education has agreed to delay a rule until sometime next year.
The change of political control in the US House of Representatives is not expected to reverse the drive for tighter federal oversight of loans and grants. The state of Florida is investigating whether Kaplan, Phoenix, and others may have misrepresented themselves to students. The Republican party, which has mostly been sympathetic to the for-profit schools, is not expected to press for relaxing the rules while the schools are under investigation.
The news on regulations at for-profit schools has been around long enough to have been priced in to different companies’ stocks. For some this may seem like a buying opportunity, but unless Congress takes action, which is highly doubtful, the regulations overhang will keep weighing on these stocks, no matter how good their balance sheets look.