Tax Everything That Moves 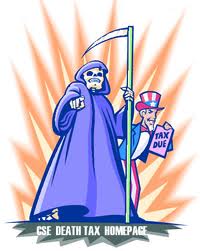 The head of auto research firm Edmund’s recently suggested that the federal government raise the tax on gasoline. He thinks the President’s deficit reduction panel has overlooked how much a sharp increase in the tax would improve government receipts. He fails to say whether the tax would be regressive. People who have to pay $4 for a gallon of gas may not get out as much. That is, in his mind, perhaps nothing more than an unimportant detail, or one he has overlooked.

There is a temptation to tax a very large number of consumer goods which the people in America use as a part of most of their everyday lives. This includes sugary drinks. PepsiC0 (NYSE: PEP) and Coca-Cola (NYSE: KO) are against that plan. The companies say the tax would decrease their profits. Shrinking margins often cause companies to cut costs, sometimes through layoffs.

Another possible tax which is popular in many circles is a tax on food that has high caloric content but little nutritional value. McDonald’s (NYSE: MCD) has lobbied hard against such a plan. Its argument is like Coke’s. The fast food chain says it cannot afford higher taxes without cost reductions.

The deficit reduction debate revisits the same place time after time. An increase in income taxes on most Americans is political suicide for many members of Congress. So is suggesting cuts in entitlement programs such as Social Security. It is better to tax consumer behaviors than to cut the benefits of ageing Americans.

The taxation argument has begun to turn on the question of whether it is best to have a very limited number of tax increases on large pools of capital and income like those of the rich. This small number of potential new “taxes” includes eliminating the mortgage interest deduction, which could bring in tremendous sums to the government. It is easier logistically to tax a few things than it is to create a hundred taxes.

The temptation to pass on the taxation of things like gasoline, food, and drinks is a lost opportunity even though it would complicate the job of the IRS. Taxes on gas may be regressive, but not as much as taxes on annual income. A gas tax does keep people off the road. An income tax keeps many of the same people frugal about all of their purchases.

The devil is in the details as Congress and the Administration look at deficit reduction, so the number of details which are examined to find revenue for the Treasury might as well come from as large a pool as possible. Complexity alone should not determine the tax code.