American Cities That Are Running Out Of People 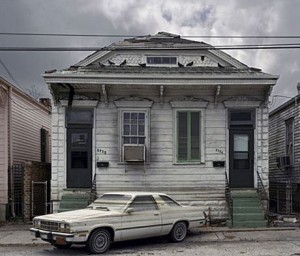 The population of the United States has increased steadily by roughly 2.5 million people every year since World War II. Throughout prosperity and hard times, Americans continue to have families.  Many of the country’s regions have  expanded to accommodate this population increase. Some cities have grown faster than others as the result of being at the center of some important new technology or job market. Others have lost residents because of failing industries and migration. Nevertheless, some of these cities have continued to grow slowly, or at least remain relatively stagnant, buoyed by the rising tide of the national population.

There are some cities, however, which have experienced such severe hardship and decline that their populations have actually decreased significantly. New Orleans has lost more than a quarter of its population in the past ten years as the result of Hurricane Katrina. The rest of the cities that have lost major parts of their population have seen their flagship industries which include coal, steel, oil, and auto-related  manufacturing fall off or completely collapse. America moved away from its status as an industrial superpower in the second half of the 20th century as the services sector rose to replace it. Millions of US manufacturing jobs have moved overseas. Cities such as  Rochester, Cleveland and Buffalo declined in population because they were trade hubs, and new modes of transportation removed their geographical dominance. Cities like Flint, Michigan have economies based on a single major industry. In Flint’s case, that industry is auto manufacturing. When that industry began to decline, Flint was unable to diversify to prevent a population exodus.

All of the cities on this list experienced at least one of these devastating problems which have caused tens of thousands, and in some cases, hundreds of thousands of its residents to leave the region for other jobs and other homes. While it has been the primary focus of these cities to create new sources of employment for their residents, it may be years before people return, if they do at all.

Unfortunately, the populations of most of the cities on this list continue to decline and the situation could get worse for years. This loss of residents has caused severe drops in the social services that many of these cities can provide. Property and other taxes have fallen so much that the support that residents of other cities take for granted is at risk in the municipalities on this list. There is no longer any guarantee that they can maintain police and fire departments at reasonable levels. Some of these cities cannot continue to manage large neighborhoods which have become almost deserted as residents have left unoccupied homes behind. Home vacancy rates tell a great deal about how much a city’s population has dropped.

24/7 obtained its population data from the U.S. Census Bureau’s Population Division. Housing Vacancy came from the Census Bureau’s American Community Survey. This is a list of the seven American cities that have lost the most people in the past decade. 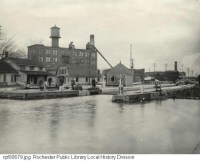 The City of Rochester was once a booming trade center, largely due to its location at the midpoint between Albany and Buffalo on the Erie Canal. At its peak, the city was the major flour processor in the country, and was home to several key corporations including Xerox and Eastman Kodak. Rochester declined as the usefulness of the canal went out with the advent of railroads and its flagship companies began to lose their relevancy in the larger global economy. Rochester has yet to produce an important replacement industry to drive up the population, and even the success in the 1990’s of Xerox has faded. Between 1950 and 2000, Rochester lost 34% of its population. 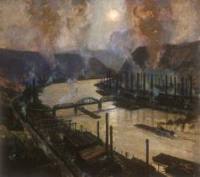 Known as the “Steel City,” Pittsburgh was once the forge for the American industrial engine from the late 1800’s through the late 1970’s.  At its peak, the city was home to more than 1,000 factories, including the mills owned by Pittsburgh-based U.S. Steel, which by itself employed over 340,000 workers during World War II. As the American steel industry collapsed in the 19 80’s Pittsburgh suffered severe unemployment problems. In the past few decades, the city changed to a technology-based economy, but the population is still on the decline. Since 1950, Pittsburgh’s population has declined by more than 50%.