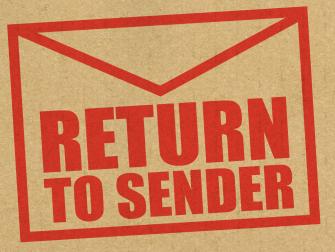 The U.S. Postal Service is considering the closure of 3,653 retail offices — that’s one out of every ten in the country. Much of the conversation has focused on the effects this action will have on the rural mail system, but what really stands out is the large number of offices located in America’s decaying cities and towns, or neighborhoods.

USPS has not suggested to cut the delivery service from the current six days a week. That takes some of the leverage away from those who say that the Post Office will balance its books on the back of the American rural population. Everyone — city or country-dweller — will still get letters and parcels Monday through Saturday no matter how far a postman has to travel or what that trip costs.

The list of locations that may be closed suggests that it’s the urban areas that will actually bear the brunt of closures. In Michigan, for example, 13 of the 62 offices up for review are in the Detroit area. This includes the downtown post office in Flint, which may be the single hardest-hit city in America since the recession began.

“Today, more than 35 percent of the Postal Service’s retail revenue comes from expanded access locations such as grocery stores, drug stores, office supply stores, retail chains, self-service kiosks, ATMs and usps.com, open 24/7,” said Postmaster General Patrick Donahoe. “Our customer’s habits have made it clear that they no longer require a physical post office to conduct most of their postal business.”

The tragedy of the plans to close so many old cities’ post offices is that it is one more buttress taken away from the economies of these locations. The claims of mayors in Detroit and Cleveland that they can bring their cities back are unlikely to come true. These municipalities do not have the access to capital to build or rebuild infrastructure that would attract new companies. The federal government will not underwrite it. In most cases, the workforces in those cities are not trained to handle the jobs common to the parts of the U.S. economy that are growing, such as health services or technology jpbs. The loss of a post office hardly seems to matter unless it is on top of closed businesses, laid off workers and other economic troubles.

These will not be the last cuts the Post Office will have to make. It is already well on its way down the path the U.S. auto industry had to take. Its employment levels and infrastructure costs are much too large even with the suggested cuts. The system will still have 28,000 locations. The total savings from the closures of the offices on the list is forecast to be $200 million against an operation that loses almost $10 billion.

The residents of Detroit or Los Angeles do not need a post office nearly as much as they once did. Many have smartphones that allow them to send e-mails, transfer files, and buy goods and services that are sent to them by UPS and FedEx. Much of the infrastructure old cities lost was because it was unused and therefore of little value. It will not be long before the federal government, which funds the Post Office, sees that its entire system is antiquated and that a service of half the size, or less, will do.

To find which cities were up to lose the most offices, 24/7 Wall St. looked at the list of branches that face closure in the Post Office study. To illustrate the city’s current economy, we used unemployment data from the Bureau of Labor Statistics, as well as vacancy rates, population trends and population density data from the U.S. Census Bureau.

These are the ten cities with the most post offices on the chopping block.