With The Bums Thrown Out, No Economic Solutions 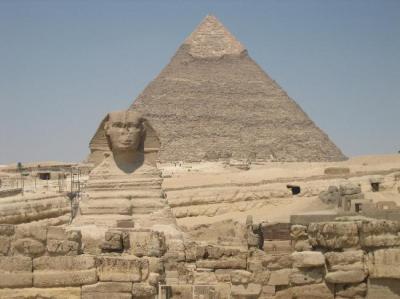 Egyptian President Hosni Mubarak will be gone in a few days, or in a few months if he has his way. Economists warn that capital is fleeing the country, that trade may come to a halt, and that the provision of the basic needs of the people and businesses in Egypt will disappear. Egypt’s chances of default on its sovereign paper have increased and the nation’s debt is under pressure from ratings agencies.

The protesters and opposition leadership have overlooked the economic effects of throwing out a dictator. That it not surprising. It is pointed out too often that Egypt has become financially dangerous. Mubarak’s replacement will not be able to stabilize the nation’s economy quickly.

The threat to the global economy is not Egypt. It is the rapid flood of grass roots discontent that could tumble leadership in Jordan, Yemen, Tunisia, and perhaps Syria and Morocco. A collapse of order in the region could be much worse for the international capital markets than the alarming sovereign debt problems in Europe. EU issues may soon be mitigated by the actions of Germany and France. The Middle East has no “Germany.” The economic powerhouse in the region–Saudi Arabia–could face political problems of its own.

The ethical imperatives of human rights and the fairness of democracy do not take economics into account, and perhaps they should not. The repression in parts of the Middle East is decades old. The current upheaval may be a chance in a thousand to restructure the political system in the region, and it may not come again. If repressive regimes can put down the revolts, they will have lost root as happened in China in 1989.

Unfortunately, economic and financial imperatives cannot be put on pause. The trade partners of Egypt will abandon their commerce in the region to cut risk. Banks will withdraw support for Egypt as will global capital markets investors. Egypt and  probably some of its neighbors will end up free societies which are bankrupt.