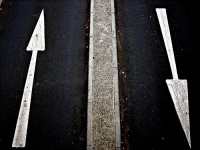 Education is supposed to be needed in good times and bad. The belief a few years ago was that for-profit educators had limitless upside.  Recent regulatory moves by state and federal government officials have created a a no-win scenario for the industry.  This may ultimately drive M&A in a very troubled sector.

Apollo Group Inc. (NASDAQ: APOL) is supposed to be the king of the for-profit university business model.  It has the Apollo brand as well as the Institute for Professional Development and the University of Phoenix with offerings for all levels of education and a stock market value of more than $5.6 billion.  If you look through the company’s latest earnings report it is no shock about what the fresh regulatory push is doing and why investors are again running for the hills.

Apollo Group did manage to beat earnings expectations because the bar was set so low.  That doesn’t matter as the rear view mirror doesn’t matter compared to the future.  Apollo lowered its revenue expectations to $4.00 billion to $4.25 billion in revenues versus Thomson Reuters estimates of $4.51 billion and versus its new 2011 range of $4.65 billion  to $4.75 billion.  It also said that new degreed enrollment fell to 48,200 versus a prior forecast of more than 50,000.  The kicker is that new regulation may cut enrolments by as much as half, and Apollo Group said that its guidance does not fully include the effect of future regulation and figures around post-graduation employment and loan defaults.

As you would imagine, Apollo Group is weighing heavily on the other online educators after its own shares are down 7.4% at $39.20 in late-morning trading.  If you have been around a troubled industry before, you have seen this movie already.  Investors should expect some consolidation to take place either for market share gains or for bolt-on segments ahead.  These will more likely than not be merger of equals if possible or they will likely be low-premium stock-for-stock deals.

There are perhaps a half-dozen more companies in the for-profit and online education markets which could be noted as well.  Picking which companies may merge with which is still going to be premature.  If you listen to conference calls and see interviews with anyone involved inside this sector or even covering the sector, there are still more questions than answers.  The ultimate pain is not yet fully known.

Our prediction is that the uncertainty and the deep enrollment cuts will force mergers in this sector.  Simply being large and buying smaller players might not work.  We would also not expect any super-premium buyouts.  Again, mergers of equals or low-premium bolt-on deals would seem to be the reality.  It may also take several more quarters for this trend to come about.  These mergers will come out of need for survival rather than out of greed for more cost synergies.